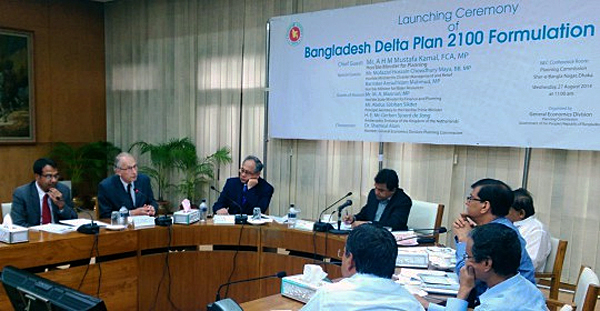 The launching ceremony was organised by the General Economics Division of the Planning Commission of the Government of Bangladesh.

In addition to representatives of various government ministries and agencies of Bangladesh, the Government of the Netherlands, the technical assistance team supporting the formulation of the plan and other stakeholders attended the ceremony. 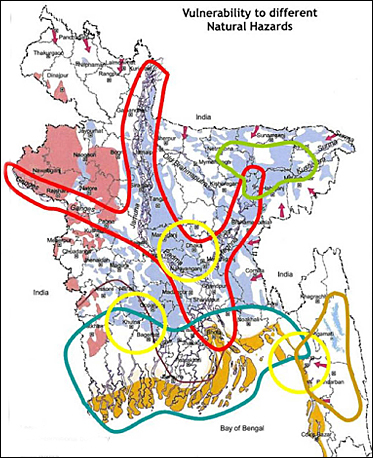 The surveys are targeted at preparing scientific vision projections for 2025, 2050 and 2100.

The General Economics Division of the Planning Ministry is implementing the project with Dutch financial and technical assistance to formulate holistic and comprehensive plans of different terms for the next 50-100 years. 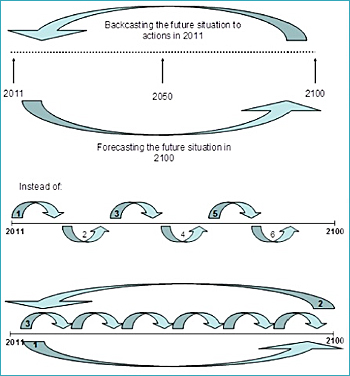 The long term vision is based on a forecast of the situation expected in 2100. By back casting it is possible to identify the necessary short term measures. Instead of a non-specific approach of trail and error - middle graphic - the delta plan offers a roadmap.

Long term vision
According to a news report by Dhaka Tribune, planning minister AHM Mustafa Kamal said Bangladesh needs an integrated approach to future land use and water management in relation to water safety and food security; governance also needs to be strengthened, integrated and focused on addressing Bangladesh’s future challenges. Kamal believes it has become imperative to develop a holistic longterm vision to optimise short-term interventions and investments to prepare for future challenges.

Keeping these views in mind, the government initiated the formulation of the Bangladesh Delta Plan 2100, he said.

The delta plan will focus on effective river dredging and river bank protection, construction of embankments, management of low lying land reclaimed from rivers, lives and assets, proper utilisation of low lying areas for lives and livelihoods, particularly in the coastal belt.

Describing measures so far taken by his ministry in disaster management, cyclone preparedness and relief operation, Maya said the delta plan would come up with new innovative inputs for framing successive national plans for the next 50-100 years. 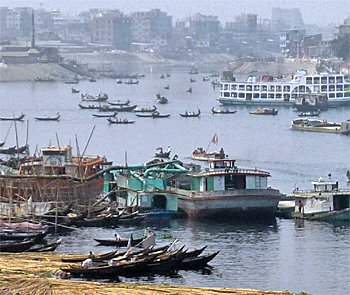 As reported by Dhaka Tribune, minister Anisul expressed hope that the studies would help cast a fresh look on the country’s river dredging strategy for augmenting their flows in dry season and maintaining navigability throughout the year. "However, questions still remain to address: Whether we should continue expensive dredging activities and at the same time refill our riverbeds with sediments settled due to low flow during dry season and soil erosion".

At the launch ceremony Dutch Ambassador to Bangladesh Gerben Sjoerd de Jong spoke as the guest of honour while team leader of the Technical Assistant Team Jaap de Heer of Twynstra Gudde, presented the inception report on the technical assistance project.

Video by SciDev.net on climate adaptation issues in the Bangladesh village Sonatola.