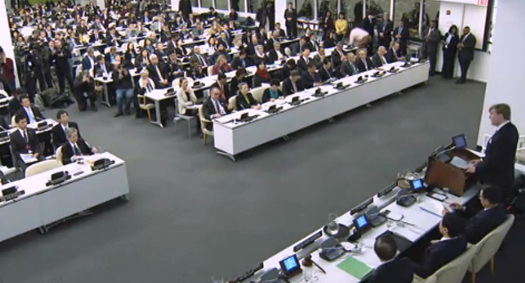 Involvement of local communities, early warning systems and cooperation among countries are some of the measures needed to increase resilience to water-related disasters, United Nations officials stressed during the High-level expert panel on Water and disasters at the UN Headquarters in New York on March 6.

The meeting was convened by the UNSGAB water and sanitation advisory board of secretary-general Ban Ki-Moon.

"Preparing for the worst can save lives. That is why we need early warning systems, disaster education and resilient structures," Ban Ki-moon said in his opening speech.

Post-2015 goal for risk reduction
Besides sharing experiences and discussing global cooperation, the meeting was organized to create a political momentum for a global goal on flood risk reduction.

UNSGAB wants risk reduction of water-related disasters to be part of the new post-2015 water goals as presently discussed by many UN agencies. 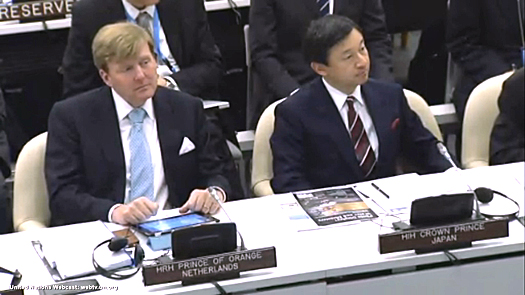 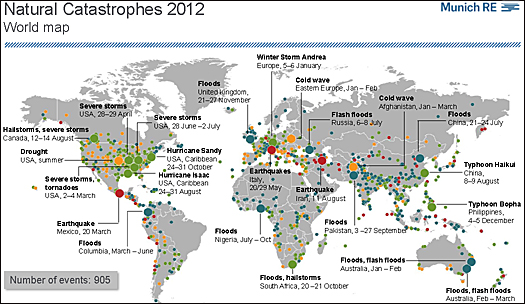 According to chief risk researcher Peter Höppe of the German insurance company Munich Re, in 2012 worldwide 905 major natural disasters occurred, killing 9,500 people (the average over the last ten years is 106,000). The flood disasters (in blue) were not very lethal in 2012 but with 325 its number rises every year. 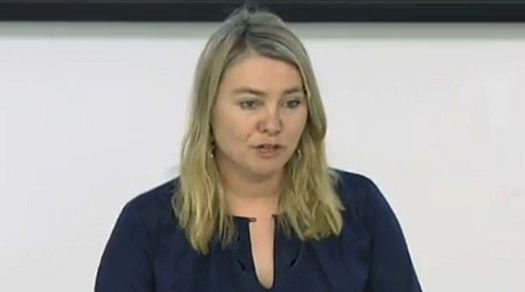 Learning from history
The Advisory Board’s Honorary President, Crown Prince Naruhito of Japan, said that better preparedness was key. “By making use of available means and learning lessons from history, I believe we can create a society more resilient to disasters,” he said. “We can turn chains of destruction into chains of recovery.”

Longer droughts, more floods
Prince of Orange Willem-Alexander of the Netherlands, who chairs the Advisory Board, noted that water-related disasters cannot be banned. "It is a certainty that we will see even more water-related disasters in the coming years. Climatic shifts means stronger storms, longer droughts and more coastal flooding", he said.

"It is clear that one water-related disaster can wash away in a moment years of progress, compromising communities' ability to reach their development objectives", continued the Dutch prince, underlining the need to further reduce the suffering.

"We are here to share stories, learn from our experiences and build momentum and galvanize political commitment for a stronger global response."

Prepared for the ultimate event
Ministers from Japan, Thailand, Gambia, Egypt and Indonesia shared their experiences with recent floods and droughts. Japan's vice minister infrastructure Shigeru Kikukawa advised the participants of the meeting to be well prepared for that one rare mega event. 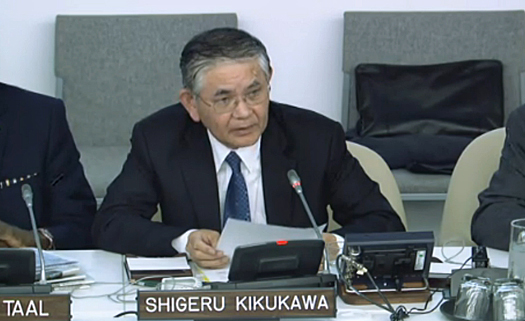 Kikukawa: "We are introducing a multi-layer protection plan for the occasion of a surge to overflow our levees again. We involve the communities and inform them about routes to higher grounds."

He also advised to prepare for a quick and efficient response. "After a flood, inundation makes it difficult to reach certain locations. A good transportation plan is very important," said the Japanese minister. 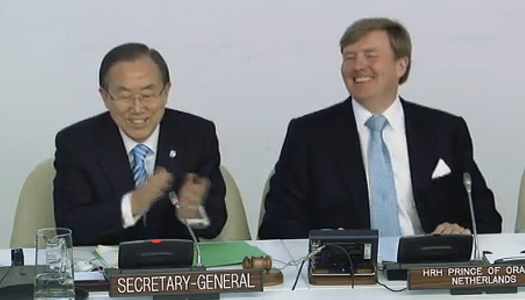 At the end of the opening session secretary-general Ban Ki-Moon thanked prince of Orange as chairman of UNSGAB. Next month the prince will become king of the Netherlands and will resign from all his current official functions, ending his cachair of UNSGAB for seven years.

Ban Ki-Moon expressed his admiration for the prince's instrumental leadership, bringing the important issue of water to the global agenda.

WebTV recording of all four sessions