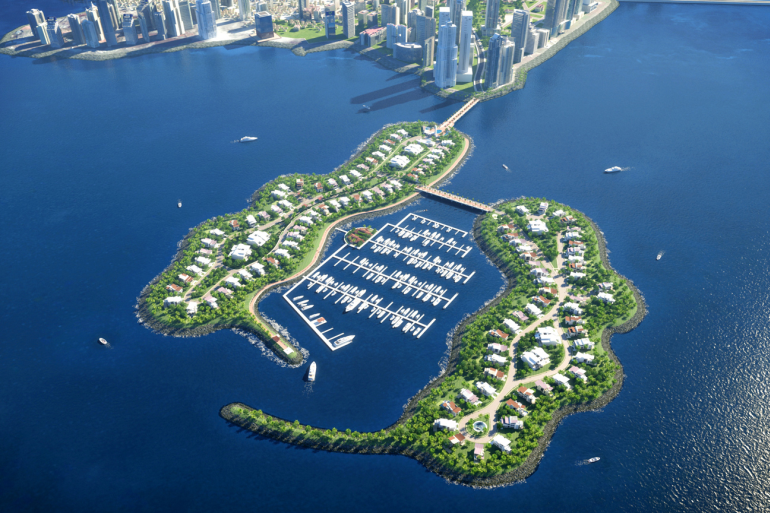 Royal Boskalis Westminster has been awarded a contract from Compañía Insular Americana, S.A. to construct a second artificial island off the coast near the residential area of Punta Pacifica in Panama City.

This project follows the successful construction of the first island by Boskalis, which was handed over to the client in early 2013.

With a contract value of more than 55 million euro the project is scheduled to commence in the course of the second half of 2015 and is expected to last for two years.

Second artifical island
The project involves constructing the second artificial island in the Pacific Ocean off the densely populated shoreline of Panama City. Nine hectares of land will be created by using approximately 600,000 cubic meters of rock to form a perimeter and filling it with 1.3 million cubic meters of sand. A bridge will be built to connect the second island to the first island.

The client Compañía Insular Americana, S.A. is an affiliated company of Ocean Reef Island Inc for which Boskalis constructed the first artificial island. Boskalis will use tugboats and barges to transport the rock and a clamshell and excavators to install the rock perimeter. Thereafter, the island will be filled with sand supplied by a large trailing suction hopper dredger. 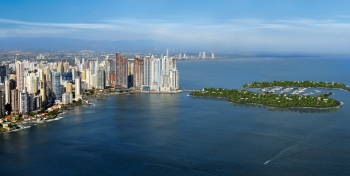 Watch the artist impression movie of the project.