Budapest Water Summit: “In the end, it is all about human dignity” 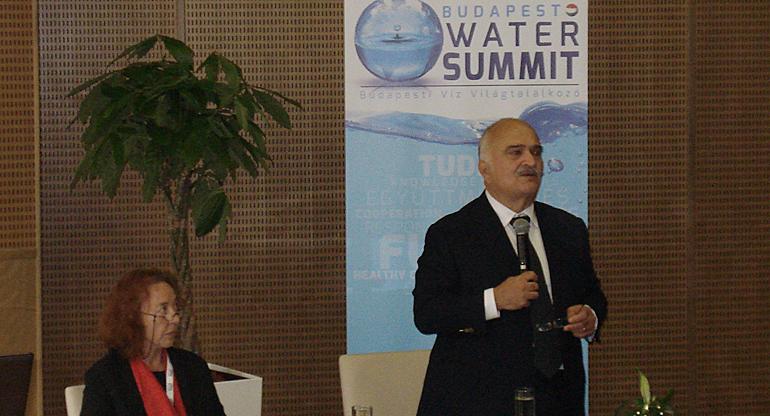 “I favour a stand-alone goal for water, but in the end it is all about human dignity to have access to clean water and sanitation,” said Prince El Hassan bin Talal of Jordan, chair of the UN’s special Advisory Board on Water and Sanitation (UNSGAB) at the Budapest Water Summit on 10 October.

Universal access
Prince El Hassan presented a new plan calling for a final push to achieve the Millennium Development Goals (MDGs) and setting the post-2015 agenda. The plan has three pillars and does not restrict to building new taps and toilets, as the UNSGAB-chair explained in Budapest.

It is about universal access to clean drinking water and sanitation. But it is also about integrated water resource management, increased waste water treatment and efficient use of water.

Kids without toilets
“ There cannot be human dignity without proper sanitation”, said Prince El Hassan. “How can we have hope for the future if we leave our kids without sanitation facilities.”

He emphasized the sanitation issue in particular as this is the most off track MDG-goal. UNSGAB wants to give this goal a strong push to the deadline in 2015.

Key-note speaker at IWW-conference
As chairman of UNSGAB Prince El Hassan bin Talal is the successor of now King of the Netherlands Willem –Alexander. Prince El Hassan will deliver a key note at the opening of the International Water Week in Amsterdam on 4 November.