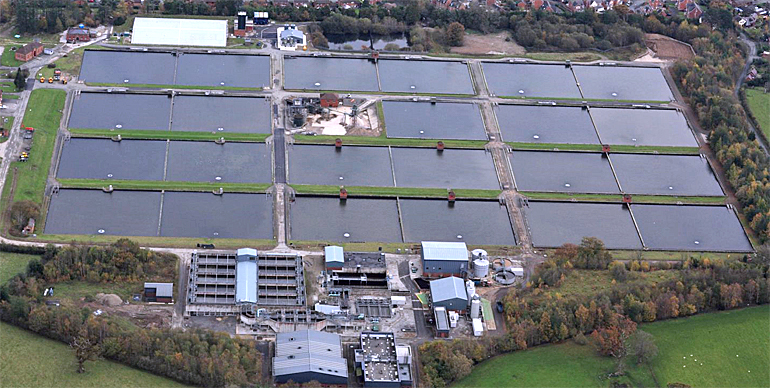 C2V+, a VolkerStevin and CH2M joint venture, has been awarded 59 million euro for new construction and renovation of a water treatment plant in Oswestry, United Kingdom.

The project is part of the overall British AMP6 program for the British United Utilities, the water company in the North West of England.

Improve capacity and quality
The project will enhance the existing Oswestry water treatment facility, which currently treats water from Lake Vyrnwy in North Wales via the Llanforda open reservoir.

Due to the composition of the raw water and the condition of the existing plant, the works are required to improve the capacity and quality of water produced at this facility, which currently supplies water to customers in 39 distribution zones in Liverpool and parts of Cheshire.

The original works became operational in 1892 and have never stopped supplying most of Liverpool and parts of Cheshire ever since.

Chlorine dioxide based process
C2V+ will be delivering the first WTW facility in the UK to use a chlorine dioxide based chemical process. This innovative solution has been successfully used in North America and Europe and is an energy neutral process which will provide significant savings to United Utilities through the installation of hydroelectric turbines that feed surplus energy back into the grid.

The main elements of the project consist of a new flocculation/sedimentation basin, chlorine contact tank and clearwater storage tank. The existing rapid gravity filters are being refurbished to cater for an additional 40 million litres of water flow per day when completed. 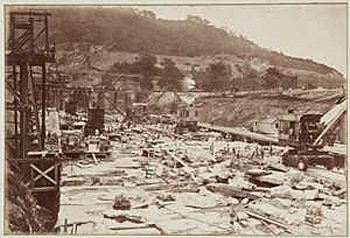 Workers constructing the Lake Vyrnwy dam in the late 1800s. Water from the lake flows by gravity to Oswestry water treatment works.

Flagship project
Danny Brennan, United Utilities project manager, said: "This is a flagship scheme for us, modernising one of our most important treatment works in the North West, which supplies almost a million customers in Liverpool and Cheshire."

"It’s also a really special project. We’re re-designing a plant built by the engineers of yesteryear for our customers of the future. The works will continue to treat and clean water well into the next century."

Collaborative approach
Darren Hynes, framework director for C2V+ commented: "After being named as one of four construction delivery partners for the AMP6 framework in 2014, we are delighted to be appointed for this scheme at this early stage of the framework. It demonstrates the collaborative approach between C2V+ and United Utilities whilst providing sustainable employment opportunities for the local economy by creating over 50 jobs over the next two years."

Works on site will commence in spring 2015 with an overall construction period of two years.