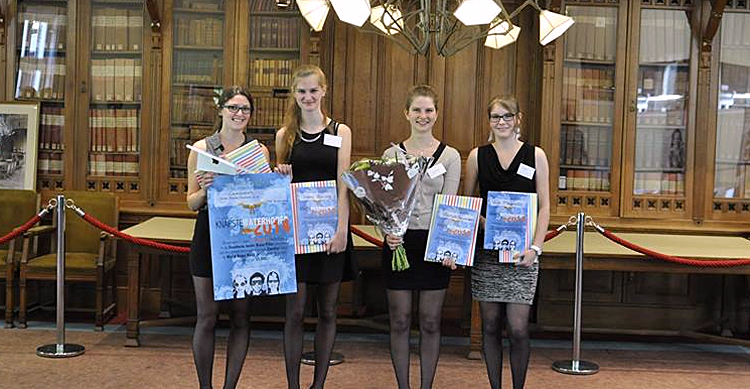 The Cadspotter, an optical sensor to detect cadmium in water, is the winning entry of the Bright Water Heads contest for Dutch students. The sensor is invented by Hannah Spaander, Eva Maquelin, Anna Hobo and Ineke Koning of the OSG Sevenwolden college in Heerenveen.

The team will go to Stockholm as the Dutch representatives for the Stockholm Junior Water Prize 2014. This competition will take place during the World Water Week in Stockholm from August 31- September 5. 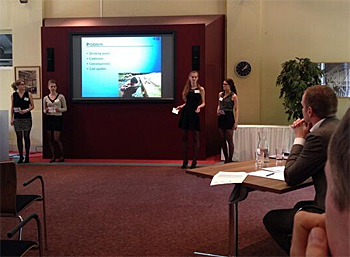 Finales
Four student teams gave a final presentation of their innovative solution. A jury of renowned water experts selected the Cadspotter as the best idea.

Catching the jury's attention was the suggestion that the sensor is easy deployable and can be used to improve the living environment in for instance China.

The jury emphasized the importance of involving young people in the water sector and challenge them to think out of the box. 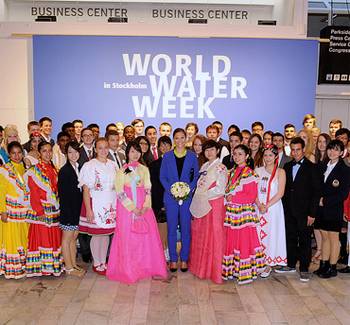 Teams from 28 countries participated in the finals of the 2013 Stockholm Junior Water Prize. Here posing with Crown Princess Victoria of Sweden.

The international Stockholm Junior Water Prize is a competition that encourages young people's interest in water and environmental issues.

Beginning in 1997, the award is given annually for an outstanding water project by a young person or a small group of young people at a ceremony held during the World Water Week in Stockholm.

The international Stockholm Junior Prize winner receives a USD 5,000 scholarship and a blue crystal sculpture in the shape of a water droplet.