Call for nominations for the Sarphati Sanitation Award 2013

World Waternet and Aqua for All, supported by the Netherlands Water Partnership and the Dutch Ministry of Foreign Affairs, are seeking nominations for the Sarphati Sanitation Award 2013.

This new, biennial international award will honour the outstanding contribution of an individual or organization to the global sanitation and public health challenge through entrepreneurship.

Innovative and inspiring person
The Sarphati nominees will be judged according to five criteria listed, including his/her outstanding track record in the field of sanitation and inspiration to new generations to become involved in finding sustainable solutions to the sanitation challenge. 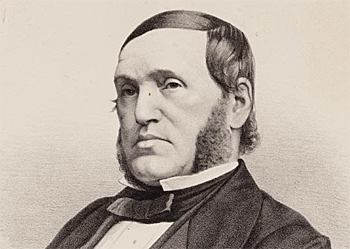 The award is named after dr Samuel Sarphati, a general practitioner in Amsterdam in the mid-19th century.

Appalled by the bad sanitary conditions in the poorer quarters of the city and understanding the importance of good hygiene, he set up a service to remove human waste from the city and turn it into fertilizer.

A true entrepreneur, Dr Sarphati applied the fertilizer to crops on his estate and brought fruit and vegetables back to Amsterdam for the benefit of his patients.

His efforts helped to eradicate cholera from Amsterdam before the end of the 19th century.

Cash prize
A cash prize of 50,000 euros and a figurine designed by sculptor Marte Röling will be awarded on 5 November 2013 during the International Water Week in Amsterdam.

The Call for Nominations outlines the details of the award criteria and guidelines.

The closing date for nominations is 15 September 2013.