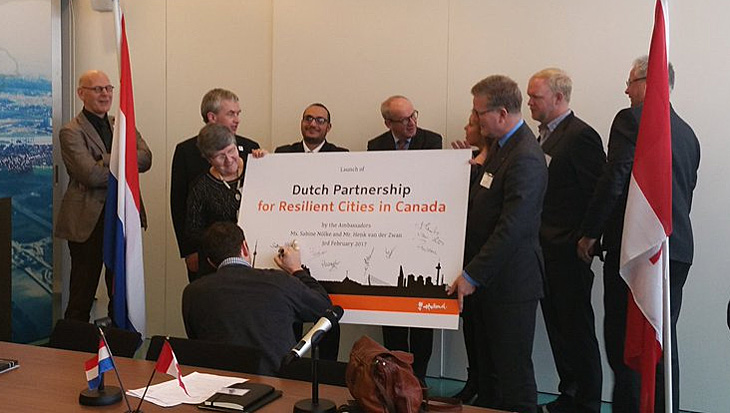 The Dutch partnership for resilient cities in Canada will combine the water and energy sectors with integrated urban development and the creative industries. It will focus on Toronto first, and then expand to other cities in Canada. 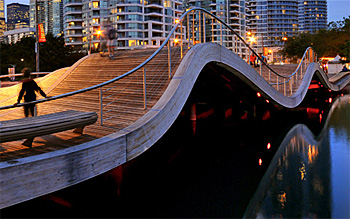 The Wave Deck on the waterfront of Toronto, designed by Dutch urban design office West 8.

Migration to cities
Worldwide more and more people are moving to cities, so there is an ever growing need for solutions for issues to do with energy supply, smart infrastructure and mobility.

To keep cities resilient, Dutch companies, research institutes and governments combine their efforts to deal with these issues and develop solutions together.

The combination of knowledge and experience, while working with local stakeholders, is considered unique and valuable for Canadian cities.

The initiative will build upon the positive experiences with Dutch-Canadian co-operation.

Canada and the Netherlands have worked together on urban development projects in the past, such as Waterfront Toronto and Blachford Edmonton.

This news item was originally published on the website Holland Trade & Invest.