Dredging company Van Oord launched its first LNG-powered vessel the 'Werkendam' on the occasion of its 150th anniversary.

The event took place in the town of Werkendam, the Netherlands, the cradle of the company, on 14 April. 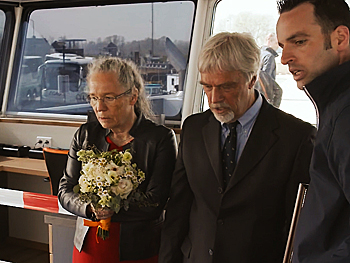 Less air emissions
The Werkendam crane vessel is Van Oord’s first LNG-powered vessel and is therefore the start of a new generation of dredging vessels.

The vessel is fully powered by LNG, with gas oil as a back-up. With the storage tank on the aft deck, the Werkendam can store enough LNG on board to sail and operate for fourteen days without having to refuel.

First job in Rotterdam harbour
The crane vessel will be used mainly for the execution of Dutch projects of the subsidiary Paans Van Oord.

The first job for the Werkendam will be maintenance dredging and revetment works in the harbour of Rotterdam. 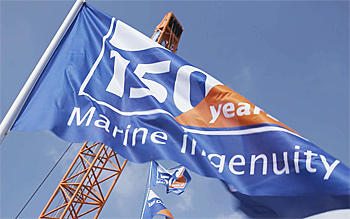 Anniversary
In 2018, Van Oord is celebrating its 150th anniversary. The naming ceremony of the Werkendam by Pia van Oord was one of the festivities during the anniversary year.

Video of the naming ceremony of the LNG crane vessel Werkendam on 14 April.