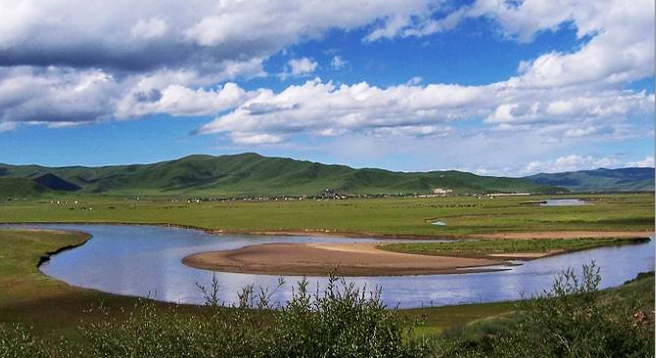 A delegation led by Chinese State forest administration’s vice-minister, Mr Chen Fengxue visited the office of Wetlands International, the Netherlands, and signed a new Memorandum of Understanding on 24 May.

On behalf of Wetlands International the document was signed by CEO, Jane Madgwick.

The MoU focusses on the international collaboration between SFA and Wetlands International in the coming years, for example on implementation of the Sustainable Development Goals in China, management and restoration of peatlands for climate mitigation and adaptation 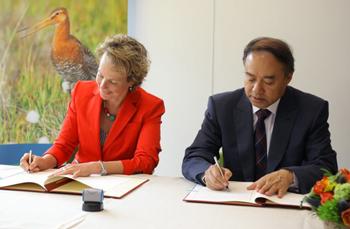 Joint-workshop on Room for the river
Both parties also discussed the conservation and restoration of coastal ecosystems of outstanding importance for waterbirds, including through international collaboration to conserve Yellow Sea wetlands.

Through the discussions commitments for further collaborations were also reached, including a joint-workshop on river basin management and “room for the river” approaches, further programmes on peatlands, and technical exchange between the Wadden Sea and the Yellow Sea.

Most importantly, the meeting was an opportunity to strengthen our friendship.

Safeguard Chinese wetlands
CEO, Jane Madgwick: “The value of wetlands for people and nature are better recognised in China than in most countries. But with rapid growth and development, wetlands have come under great pressure. We are keen to share knowledge and collaborate with SFA and other ministries in China to find ways to safeguard and restore wetlands as a cornerstone of sustainable development.”

Recognising that challenges linked to urbanisation, flood management, water scarcity, desertification, climate change and human health all connect to the status of China’s rivers and wetlands, the SFA, the focal agency for wetlands, developed a National Wetlands Conservation Action Plan with 17 other ministries to guide measures for wetlands involving all sectors. 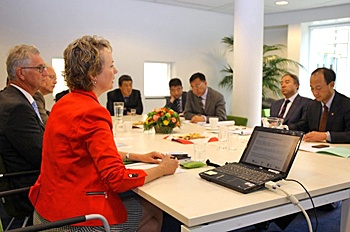 In particular the collaboration has resulted in community-based management and rehabilitation of the vast high mountain peatlands of the Ruoergai Marshes on the Qinghai Tibetan Plateau (on top photo) and the peatlands of the Altai Mountains in NW China.

Wetlands International plays an important role in raising awareness about wetland values for people and nature and has supported the development of Wetland Parks in cities across China.

Most recently, Wetlands International China organised a major waterbird count in the Yellow Sea wetlands, to highlight the importance of the remaining wetlands for waterbird conservation.