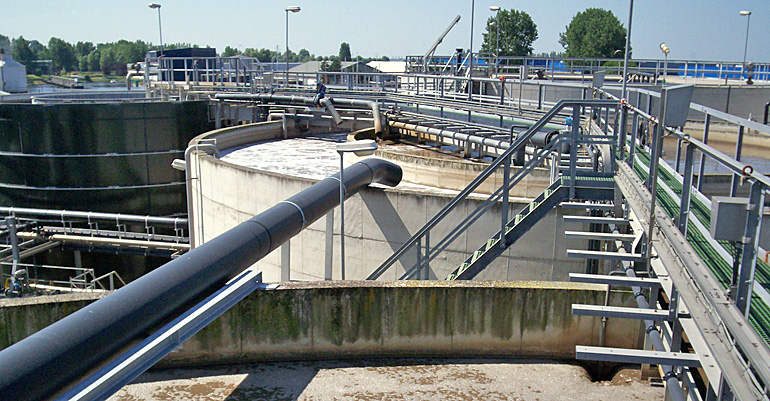 This advanced technology is Colsen's own development and can lead to energy saving up to 50% compared to conventional activated sludge technology.

The new wwtp-plant is scheduled to start operations late 2014 and is expected to be officially commissioned early 2015. The plant will be operated by HydroBusiness that signed a long term Design, Build, Finance, Maintain en Operate (DBFMO) contract with VION.

Water re-use
VION currently operates a Dissolved air flotation (DAF)-unit to treat its waste water. The new wwtp-plant will give VION the opportunity to re-use  25% of its waste water.

The water re-use concerns low-grade applications such as for cleaning cattle trucks and pig stables.

Additional advantage of the new wwtp-plant is the production of biogas in an anaerobic reactor, enough to power the steam boiler at VION's meat processing location.

The biogas is biologically desulphurized, using the Bidox-system. This gas treatment system reduces the amount of H2S in biogas to levels below 50 ppm. Biodox is also developed by Colsen.

The new plant will also reduce the smell as all parts will be covered. 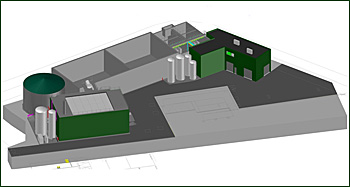 The second stage is a membrane bioreactor (MBR) that has a very small footprint and removes all remaining organic matter and the membrane filtration results - together with a desinfection unit - in a bacteria-free effluent.

In the aerobic reactor a large amount of the carbon in the waste water is converted into biogas. The anaerobic effluent - including carbon and all nitrogen - is feed back into the NAS-system.

Full separation of clean water and sludge
According to managing director Boris Colsen the combination of NAS and MBR allows VION to re-use its treated waste water. "We offer our NAS-technology in three configurations, as a clarifier with a continuouis process, as a sequence batch reactor, and in combination with MBR. The combination with MBR gives a full separation of the treated water from the activated sludge. In the food processing industry this is a absolute requirement when it comes down to re-use. This combination also qualifies the water to be used as feed water for a reversed osmosis plant to produce high quality water for boiler feed and processing water", assures Colsen.

Highly energy-efficiency
Boris Colsen claims an energy-efficiency of his NAS-technology of 40 - 50% compared to traditional activated sludge treatment. "NAS has a number of characteristics that leads to a lower energy demand. First of all the Anammox bacteria convert nitrogen into nitrite at much lower oxygen levels. This requires less aeration.

Another advantages is the fact that Anommax bacteria do not need an additional carbon-source for the ammonia and nitrite reduction. This means that NAS produces less sludge. So less sludge has to be processed and dewatered."

For Colsen this is the third combinated NAS-MBR plant. One plant is operational in Italy and another in the Netherlands, both in food processing industry. In total Colsen has 7 references for its NAS-technology.