COP21: Over 300 organisations signed Paris pact on water and adaptation to climate change in river basins 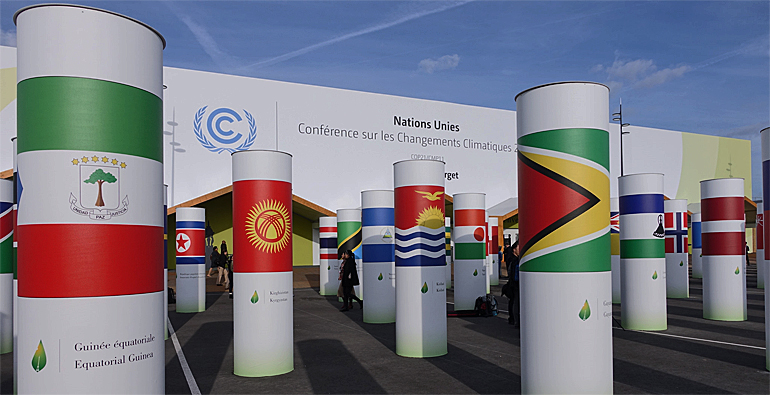 Over three hundred organisations from 87 countries have already signed the Paris pact on water and climate adaptation in the basin of rivers, lakes and aquifers.

The pact was launched on the opening day of the climate summit COP21 on 1 December in Paris, France.

One of the organisations that signed the pact full heartedly, is Dutch Water Authorities, the organization of all Dutch regional water authorities.

According to chairman Peter Glas, who was one of the first to sign the Paris pact on behalf of the Dutch Water Authorities, a lot has already been achieved in integrated river basin management (IRBM) but in practice it still proofs difficult for water agencies to take joint actions within a river basin or groundwater aquifer. 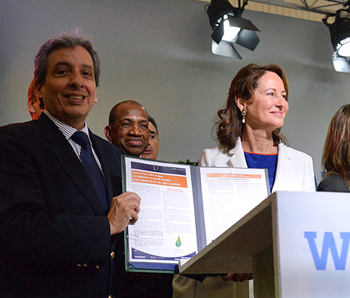 Cross-border cooperation
The Paris pact on water is led by the International Network of basin organisations (INBO) and secretary general Jean-Francois Donzier presented the document on the special water-climate day of the climate summit on 2 December.

The pact calls for immediate action to minimize the impacts of climate change on the populations’ health and safety, on economic development and the environment, considering the importance of the protection of water-related ecosystems.

According to the pact coordinated action at basin scale is needed, to counter floods, droughts and water pollution.

Therefore, new basin organizations and existing ones should be strengthened to facilitate the cooperation, coordination and exchange of information and dialogue between stakeholders. 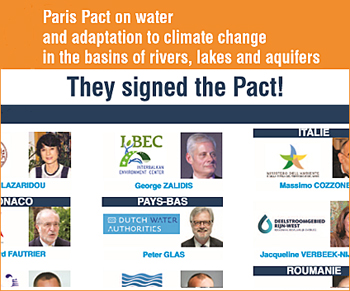 Disappointment on the general outcome
In comparison to previous climate summits, there has been much attention for adaptation in Paris. The world water community is therefore disappointed that water is not mentioned in the final outcome of COP21.

"The impacts of climate change on water systems are clearly visible, so I fully agree with the sense of urgency that is mentioned in the Paris pact on water", Peter Glas, chair of the Dutch Water Authorities reacts.

"As water is such an important element in climate adaptation I cannot understand why it is not specifically mentioned in the agreement", he adds.

Cooperation on operational level
This makes the Paris pact on water for Glas even more important: "Rivers cross the territory of sovereign states and local authorities. The fragmentation within a river basin is a fact. There is no way around all these differtent authorities. However, it is possible to work together on an operational level and take joint actions." This is not easy he admits and feels encouraged by the many signatories of the pact.

Glas promises he will look into the list of the signatories. "Perhaps a neighboring water agency has signed the pact too. That would give me a good reason to contact them and intensify the cooperation."

He advises all other signatories to do the same.