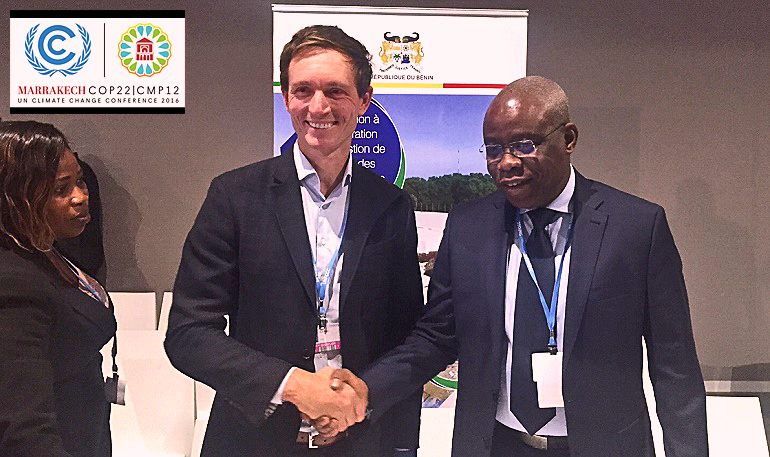 At the UN's COP22 climate summit in Marrakesh, CEO Olivier Maes of Dutch-based non-profit consortium JustDiggit signed two memoranda of understanding with the governments of Benin and Burkino Faso for the setup of national hydrologic corridor programmes.

The agreements were signed on 15 November bringing the total to three. Just before the climate summit an agreement was signed with the Tanzanian government. JustDiggIt aims at a total of 10 national corridor programmes in Africa. 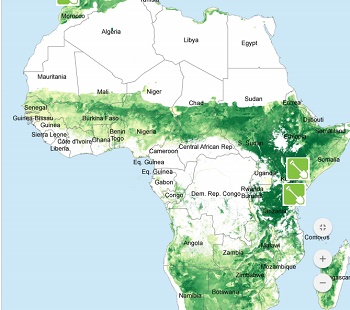 Areas in Africa with a potential to combat desertification with big scale rainwater catchment programmes.

Climate cooling
While the negotiations at the climate summit were about combating the warming up of the plant, JustDiggit offers the possibility of regional cooling by creating more evapotranspiration and changing the air circulation.

As an initiator the Dutch-based jump starter brings in seed money from its donors. In case of the national programme this amounts to 1 million dollar, expecting the national governments to put in the same amount of money.

Let's act
"Stop talking today, let's act", says Olivier Maes referring to the world leaders that meet for the 22nd time. "We know the problems. We have the solutions to respond to the climate change at large scale."

"At the moment in Africa's arid regions 60 percent of the rainwater is lost", Maes continues. "By means of landscape restoration, we can reduce this to 40 percent. This is enough to restore the water cycle which impacts the regional climate. We now concentrate on ten national programmes that we want to complete by 2020." 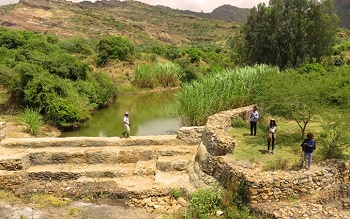 A sand dam in Kenya as part of the landscape restoration programme.

The hydrological measures involve local communities and farmers, while JustDiggit creates the cohesion in all these measures to establish a green corridor from Morocco across Sub-Saharan Africa all the way upto Mozambique.

According to Maes the national programmes also aim to jump start economic development for the farmers. "We also want to close the small water cycle and provide them with more water to grow more crops. To achieve this they get a temporary income".

Proof of concept
In Kenya the concept of landscape restoration has already been implemented. In the Tsavo area some 72,000 semi-circular bunds were dug to restore 800 hectares of degraded land.

In dry areas the top layer of the soil is so hard that rainwater can no longer infiltrate into the ground.

The rainwater evaporates or causes erosion and flooding and washes away the remaining fertile soil. By opening the soil rainwater can infiltrate and is available for vegetation again.

At the climate summit JustDiggit talked to the government of Morocco about a 3,000 hectare landscape restoration project just north of Marrakesh.

See the digging of the bunds that are to capture rainwater and re-green Kuku in Kenya as part of Hydrologic Corridor.