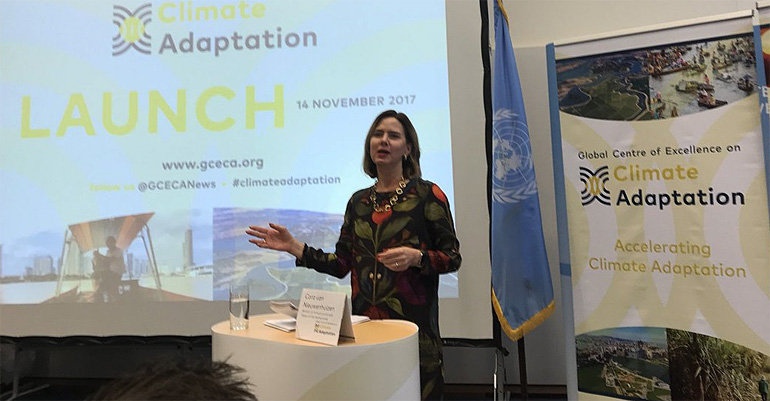 At the climate summit COP23 in Bonn, the new centre of excellence on climate adaptation has officially been launched on 14 November.

The Global Centre of Excellence on Climate Adaptation (GCECA) aims to accelerate worldwide preparedness for climate change by getting a better understanding of climate adaptation, by stimulation of knowledge exchange and international collaboration worldwide. The centre will be based in Rotterdam and Groningen, the Netherlands. 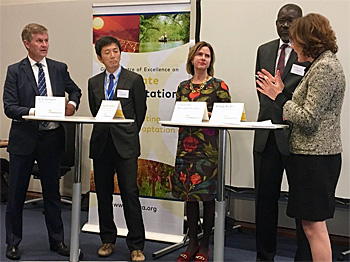 ‘There are many examples of adaptation, like the mangroves being replanted along the coast of Indonesia’, she said. ‘Or the way the World Meteorological Organization is using big data to inform African farmers with text messages when to plant and to harvest their crops.’

‘All these examples, all this knowledge is worth spreading all over the world. And that’s exactly what the Global Centre will do’, Van Nieuwenhuizen explained. 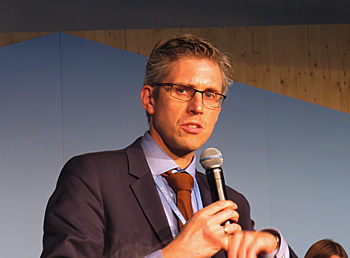 Paper into practise
Speaking ahead of the launch, Operations Director, Christiaan Wallet linked the demand for GCECA with the Paris Agreement.

‘We are grateful that the Paris Agreement has put climate adaptation on a par with mitigation but there is a long way to go. Understanding climate adaptation is crucial if we want to put paper into practice’, according to the centre’s operations director Wallet.

According to Wallet it will be important to learn what makes climate adaptation effective and how it can become measurable. ‘We need to understand to which degree the results of climate adaptation add up to meeting the global goals of the Paris Agreement and the Sustainable Development Goals’.

Wallet sees also an important role for his centre to unlock the large amounts of money already available and make it flow more direct to where it is needed most. 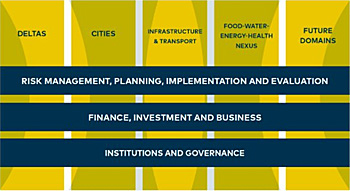 Worldwide knowledge network
The centre will amass an ever-expanding network of international partners, among which leading knowledge institutes, businesses, NGOs, local and national governments, international organisations, and the financial sector.

Looking beyond COP23, the Centre’s next engagement will be co-hosting the conference ’Towards a Resilient Financial Sector’ in London on 31 May 2018.

Many participants
The initiators of GCECA are the Dutch Ministry of Infrastructure and Water Management, UN Environment and Japan National Institute for environmental studies.

This news item was originally published on the websites of GCECA, Acclimatise, Dutch government and PBL Netherlands Environmental Assessment Agency.