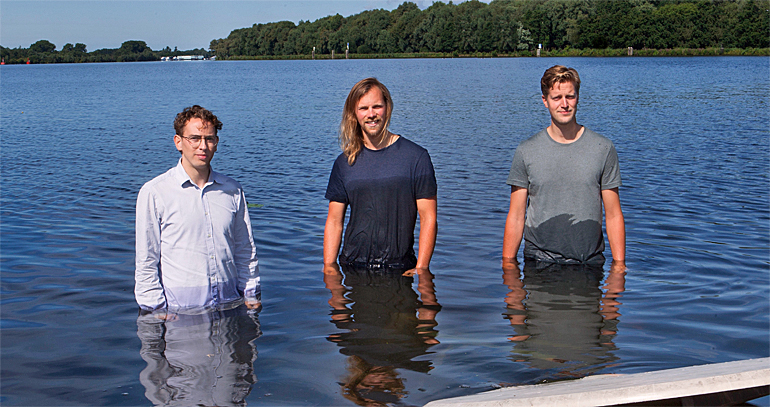 Finch Floating Homes is halfway in crowdfunding its first prototype floating home in the city of Hagonoy, in the Philippines.

Based on research in the Philippines, the Dutch foundation developed a barrel-floating construction with on top a special designed home for a common Filipino family.

So far, the crowdfunding campaign has raised 13.400 euro of the 25.000 euro that is needed to build the first prototype. 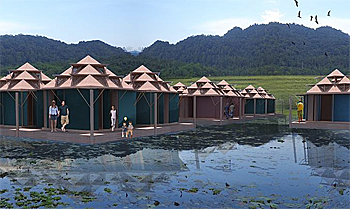 Impression of the floating homes that Finch Floating Homes wants to build in the Philippines.

Poor housing situation
In the overpopulated river deltas of the Philippines, people live in areas that experience daily flooding.

The floods are caused by a combination of tides, heavy rainfall and land subsidence. Climate change, population growth and the low quality of the current housing are worsening the situation.

The demand for safe and affordable housing is immense, yet available dry land is scarce.

To address these specific circumstances, the Dutch foundation Finch floating homes took the initiative to introduce the concept of floatable homes that is so well-known in the Netherlands 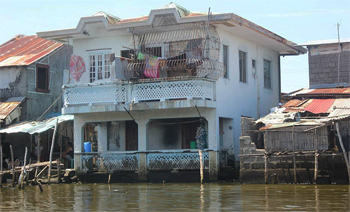 Houses are flooded twice a day by high tide in coastal towns such as Tibaguin.

Their dream is to build safe, flood-proof floating homes in Bulacan, a province located 50km above Manila, in the Philippines’ largest delta.

Positive impact
Whilst living and studying in Bulacan, the three young architects were shocked by the twice daily floods, which create constant daily struggles and stress for the residents, including poor hygiene, ongoing subsistence insecurity and the constant threat of damage being done to their properties.

The young Dutch men felt compelled to try and make a positive impact.

Through established local connections they want to be able to test the first homes on abandoned fishponds and rice paddies. They also promise to use locally sourced materials and labor as much as possible.

On 27 September Finch Floating Homes, together with the Delft Global Initiative, will organise the symposium Let´s float about solutions for living on water.

This news item was originally published on the website of Finch Floating Homes (scroll down for English summary).