Degradation of wetlands in the Sahel drives massive migration to Europe 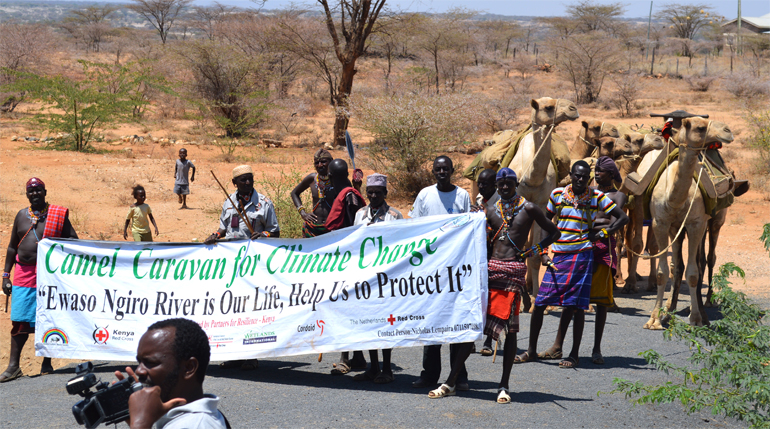 Poor management of water resources is an overlooked cause of migration from Africa to Europe, stated Dutch-based foundation Wetlands International at the presentation of its new report Water shocks: Wetlands and Human Migration in the Sahel.

The report was presented in Brussel at the Red Cross EU office in Brussels on 3 May.

“We like to address the blind spot on the role of water in wetlands in these regions and the link to Europe”, said Wetland’s CEO Jane Madgwick on the occasion.

She urged for wetland’s restoration as it is needed for water security, being essential for human well-being and economic development. 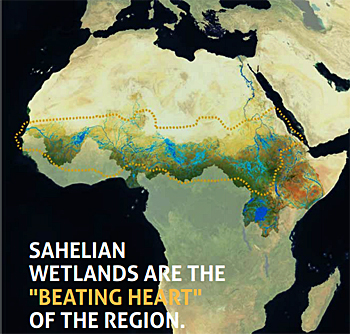 Six major wetlands cover more than 10 percent of the Sahel when they are in full flood (Water shocks, 2017). 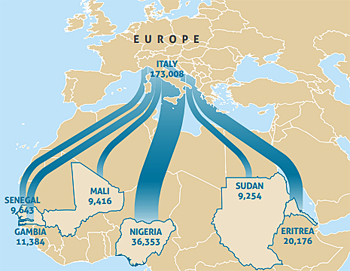 Most of the migrants arriving by boat in Italy (January-November 2016) come from the Sahel region (UNHCR, 2017)

Blocking prosperity
The report points out that human displacement is a common situation in the Sahel region. One of the examples mentioned is the situation around Lake Chad on the border of Chad, Niger, Nigeria and Cameroon.

The Lake Chad Basin has lost 95 percent of its surface area due to water abstraction for irrigation projects, and youths from this region are joining armed groups because of lack of opportunities.

Less floods
Another example from the report is the reduced inflow to the Inner Niger Delta of Mali as a result of impacts of the Selingue reservoir and offtakes for irrigated agriculture.

The inflow to the inner river delta has reduced by 16 percent in a relatively dry year, causing a reduction of the flood extent by 1400 square km, reducing livestock, fish and rice production for around two million people.

Models predict that construction of the planned Fomi Dam in Guinea and extension of the Office du Niger irrigation scheme would lead more drought.

This could cut fish catches in the delta by 31 per cent and reduce the pastures by 28 per cent.

Natural resources
“Driving forward inclusive and sustainable development in the Sahel is an urgent, global priority” said Jane Madgwick. “But this will only be achieved by shifting from the traditional development paradigms and hard infrastructure schemes which play havoc with the natural hydrology of the region.”

According to Madgwick it is essential to maintain and restore the natural resource base. “It is essential to increase water and food productivity and provide livelihood strategies to cope with a changing climate.”

“In this context, wetlands such as river floodplains and lakes are disproportionately important; especially to the most marginalised and poor people of the region,” she said.

CEO director Jane Madgwick (left) of Wetlands International and Juriaan Lahr (right) of the Red Cross during the presentation of the report in Brussels.

Call on NGOs
Juriaan Lahr, Head of International Assistance of the Netherlands Red Cross Society, added a message for humanitarian organisations. “They need to connect their work with the environmental and development actors to find durable solutions.”

“We need to understand better the complex and multifaceted drivers of involuntary migration, social conflict and poverty, which may be rooted in the depletion of natural resources,” Lahr said.

Economic costs
Four cases mentioned in the report illustrate the economic cost of losing the Sahelian Wetlands:
● The drying out and siltation of the Senegal River’s large coastal delta due to the Manantali Dam has resulted in the loss of 90 per cent of its fisheries.
● The Maga Dam and a water diversion scheme on Cameroon’s Logone River floodplain damaged downstream flood-recession agriculture, pastures, fisheries and wildlife tourism. These changes annually cost 2.5 million euros against the 10.7 million euros a year that the annual flooding contributed to the local economy.
● The planned Fomi Dam in Guinea could cut fish catches in the delta by 31 per cent and reduce the pastures by 28 per cent.
● Dams in northern Nigeria have reduced the Hadejia-Nguru wetland. The benefits of the floodplain ranged from approximately 9,600 to 14,500 US dollar/m3 of water, compared with 26 to 40 US dollar/m3 for the irrigation project.

(On top photo: In 2013, local communities in the Ewaso nyiro river basin, one of the six major basins in Kenya, called for help as upstream horticulture activities leaves them less water and a planned dam will threaten their livestock of camels, goats, sheep and donkeys even more)

The video below shows the Inner Niger Delta in Mali, Africa and interviews with local farmers and fishermen and women on how the water of the Nioger River can be better used and how climate change has an impact on their livelihoods.