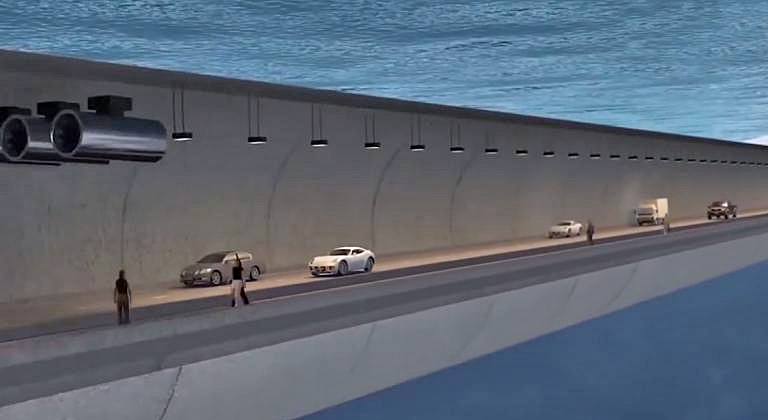 Researchers of the Delft University of Technology have been asked to be part of the project.

A submerged floating tunnel has never been built before and Delft research will look into the risks of such an option to connect the Hainan island to the China mainland.

CCCC has four options to choose from..

Depending on the buoyancy of the tunnels, cables anchored to the sea bed or to pontoons at the surface would prevent them from floating to the surface or submerging, respectively.

‘We just signed the contracts and we are waiting for the Chinese to do the same. We will be hiring two PhD students, part of whose task is to look into the risk analyses. In the meantime, we already have bachelor students performing experiments with possible prototypes in our labs in Delft.’ 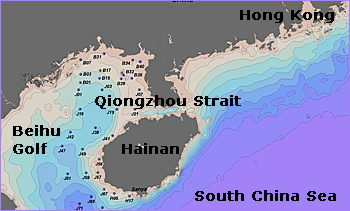 The Qiongzhou Strait is 30 km wide and 120 m deep and is prone to earthquakes and typhoons.

Vulnerable
‘The idea is to place the tube underwater, deep enough to avoid water traffic and weather, but not that deep that we need to deal with high water pressure,’ says Jonkman. ‘As a general rule of thumb, you can say that there is potential for floating tubes instead of tunnels on the sea floor for depths of 50 metres or more.’

But this is just theory. Though many countries have shown interest, namely Norway with its very deep fjords, a submerged floating tunnel has never been built before.

Airport at sea
Jonkman recently proposed a submerged floating tunnel to link the Netherlands with a yet to be built airport at sea, especially if the airport island is to be constructed in the deeper parts of the North Sea.

The Dutch Parliament has requested a study into the feasibility of a new airport on an artificial island in the North Sea.

This news item was originally published on the website of the Delft University of Technology and Tunnel Engineering Consultants (TEC).