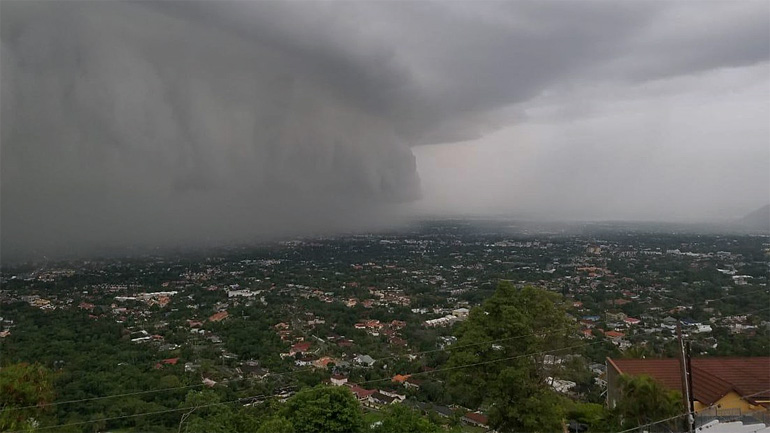 The Caribbean region stands to benefit from cutting-edge research and solutions in coastal issues through the partnership between the Dutch research institute Deltares and Jamaica’s Mona GeoInformatics Institute (MGI). A Memorandum of Understanding (MoU) was officially signed during the Deltares 10-year anniversary celebrations at the beginning of October in Delft, the Netherlands. 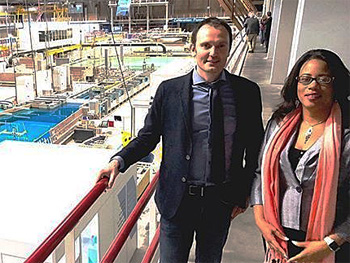 Ava Maxam (right) of MGI and Marine and Alessio Giardino (left) of Deltares visiting one of the wave testing facilities at Deltares in Delft, the Netherlands. (Photo: Twitter account MGI)

Severe damage from hurricanes
With most of the population of the Caribbean located in coastal areas, local resources remain exposed to direct threats in the form of the adverse effects of hurricanes, tsunamis, sea level rise, and consequent flooding and coastal erosion.

Deputy director Ava Maxam at MGI and Marine and coastal systems expert Alessio Giardino at Deltares: ‘Given the increasing impacts of climate change and global warming – 2017 being one of the worst years in the region’s history with much loss of life and property from natural disasters – such a partnership is much needed to facilitate the long-term development and management of Caribbean coastal zone and resources.’

Resilience of livelihoods
Deltares is providing the latest applied research and advice to the Caribbean, aiming to improve the resilience of livelihoods, economic assets and ecosystems that rely on coastal areas. MGI has a long track record in the development of geospatial applications in many Caribbean countries, as well as the backing of the University of the West Indies as it's parent.

This news item was originally published on the websites of Deltares and MGI.