The first measurements will take place in the New Waterway (top photo). This is one of three locations in the Netherlands where the Rhine river flows into the North Sea.

The study will be completed in late 2014. 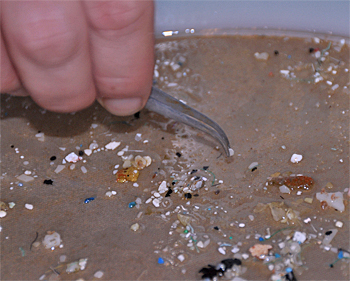 Different type of rivers
Myra van der Meulen of Deltares: "Different types of river have been selected to see whether river characteristics play a role in the levels of microplastics present. The rivers vary in terms of characteristics such as the size of the catchment and the catchments also vary in terms of elevation profiles, population centres and industrial areas. The rivers all flow into different European seas, allowing us to sketch an initial picture of microplastics in rivers throughout Europe."

Improvement of transport models
Deltares hopes to use the required data for the further development and improvement of its transport models. Myra van der Meulen: "As a result, we will be able to make more precise predictions of land-based microplastics input and that means we will have a better idea of where hot spots will be located at sea and how we can make clean-up operations more efficient." 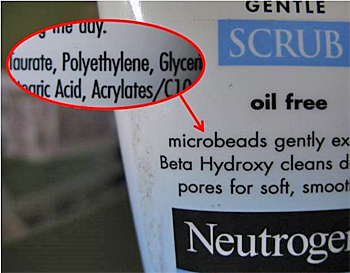 Awareness river management authorities
The survey will generate an initial picture of the amount of microplastics coming from the land. In addition, it will identify possible sources and develop a monitoring system.

The researchers hope the results will raise awareness of the problem among the river management authorities and contributie to the right measures being taken.

Microplastics can easily enter the food chain, harming people and animals. There is an urgent need to tackle the problem. However, some of the microplastics in our seas come from the land. Action will be needed to effectively reduce marine levels.