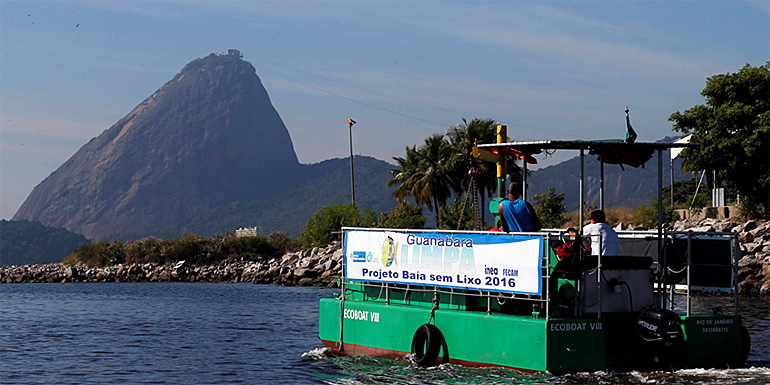 Research institute Deltares is a partner in the clean-up of Guanabara Bay on the Brazilian coast near Rio de Janeiro in time for the 2016 Olympics.

An operational forecasting system to track drifting waste was handed over by Deltares to the government authority in Rio de Janeiro on 10 March, in the Guanabara Palace.

The SEA/Deltares operational system will make it possible to complete the clean-up faster so that the bay will be clean when the Games open in 2016. 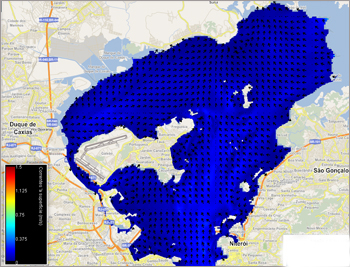 Tracking drifting waste
The 380 km2 bay is severely affected by drifting waste. The system provides a four-day forecast of where the waste will be located in the bay and how quickly it will move in which direction. That allows the eco-boats that clear up the waste to do their work more effectively and efficiently.

This vast area was once home to a rich and varied ecosystem but factors such as urbanisation and deforestation have led to severe pollution in recent decades. Local people and companies from the surrounding areas dump their waste in the rivers, and hardly any of it is filtered out of the water. It flows into the bay.

The project in the bay in Rio is being supported by the Dutch Ministries of Infrastructure and Environment, and of  Economic Affairs.

Delft-FEWS-software
The SEA/Deltares operational system was developed in cooperation with PSAM, INEA and INPE/CPTEC. It is set up within the Delft-FEWS software environment, a platform for collecting and processing input data and running computer simulations of water levels and currents and floating litter using (in this case) the Delft3D-FLOW and PART software packages.