Deltares models impact of hurricanes that might head for Western Europe 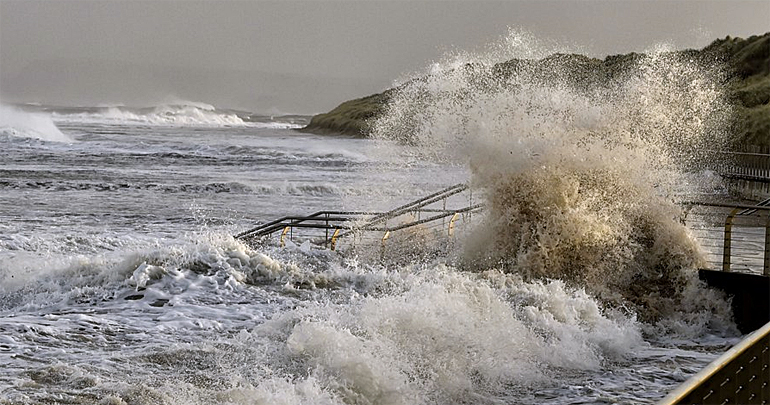 Dutch research institute Deltares ran some simulations of hurricanes that develop in the warm waters of the African coast. Instead of crossing the Atlantic Ocean heading for the Caribbean, the hurricanes may divert more often to Europe and follow the path of hurricane Ophelia two weeks ago.

Delatres investigates the effects of such hurricanes to get a better understanding of the potential storm surges when reaching the European coast. The runs show that especially Ireland and Great Britain are in the firing line. 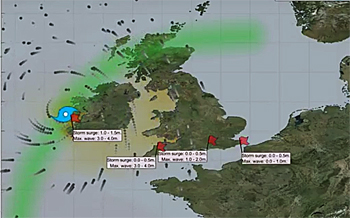 Simulation of path of former-hurricane Ophelia and the storm surges it caused in October 2017. 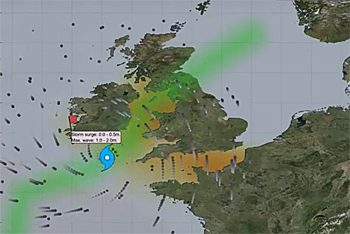 Potential path of a possible hurricane entering the Irish Sea. 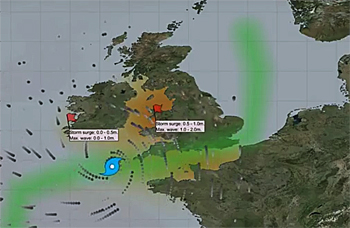 However, Hurricane Ophelia, which reached Ireland (on top photo) in the form of a severe storm/depression on 16 October this year, inflicted severe damage, causing floods and even fatal casualties in Ireland.

Although this was one of the most severe storms to reach Europe in recent decades, the future may have worse in store. Research institute Deltares ran a simulation last week to show the effects of possible hurricanes in Europe in the future.

The effects are highly dependent on the path of a hurricane and the strength of the winds. To investigate the effects in the future, Deltares experts ran simulations for other possible hurricane paths.

Different paths
These simulations show that water levels and waves at different locations could be a lot higher, possibly making flooding more likely when a hurricane follows a slightly different path.

Expert Deepak Vatvani of Deltares comments: ‘It will be important in the future to have water models that simulate hurricanes accurately so that we can properly predict the possible effects. At present, we do not take hurricane-force winds into account adequately and so we may be underestimating the impact.’

The Netherlands seems unlikely to be affected by hurricanes on the basis of these simulations but that depends on the path taken by a hurricane.

Storm surge (in red when above 1 m) as a consequence of hurricane Ophelia (October 2017).
(all simulations using Deltares modelling software Delft3D)

Storm surge as a consequence of a hypothetic hurricane travelling through the Irish Sea.

Storm surge as a consequence of a hypothetic hurricane travelling through the English Channel.