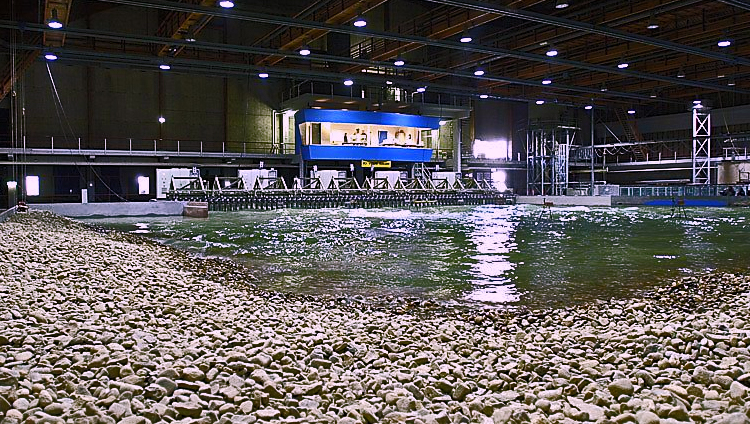 Research institute Deltares will be testing the design for the planned tidal lagoon in Swansea Bay, South Wales. The design incorporates sixteen turbines that can deliver 320 MW, making it the world's largest tidal lagoon.

The tidal lagoon will be built to scale in the facilities hall of Deltares in Delft, the Netherlands, so that the hydrodynamic efficiency of the design can be tested in detail. 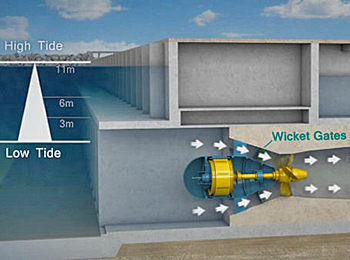 Extreme tidal range in Swansea Bay
The lagoon exploits the tidal range in the bay, which as a part of the Bristol Channel is one of the few places in the world where the difference between high and low tide is so extreme.

The tidal range of eight to ten metres makes the bay an ideal location for a tidal lagoon.

Anton de Fockert, the Deltares project manager: "The lagoon will produce a lot of positive effects for the area. As well as delivering renewable energy for 155,000 households, it will also boost socio-economic development in Swansea and the surrounding area. Employment and tourism, for example, will benefit." 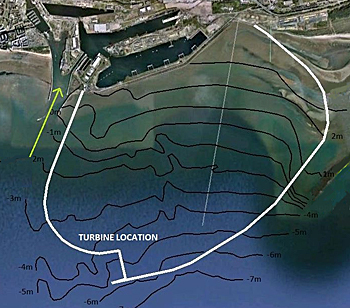 Lagoon wall of 10 km
The plan involves building a breakwater in the bay that will be about fifty to one hundred metres wide and almost 10 kilometres long. The breakwater does not seal off the bay completely; it creates a lagoon in one part of the bay, minimising the impact on the existing infrastructure, ecosystem and surroundings.

The turbines will be located in a 300-metre section in the southern part of the breakwater, alongside the sluice gates that enhance power output.

Tender phase
The lagoon in Swansea Bay is still in the tender phase. There is considerable interest from government authorities and investors because this is a sustainable way of generating energy.

Deltares is currently working on flow models for the tests. The scale model will be built later this year, and go operational in early 2015. The knowledge required here can also be used on other tidal lagoon projects.

Video of the proposed tidal lagoon for Swansea Bay (2013)