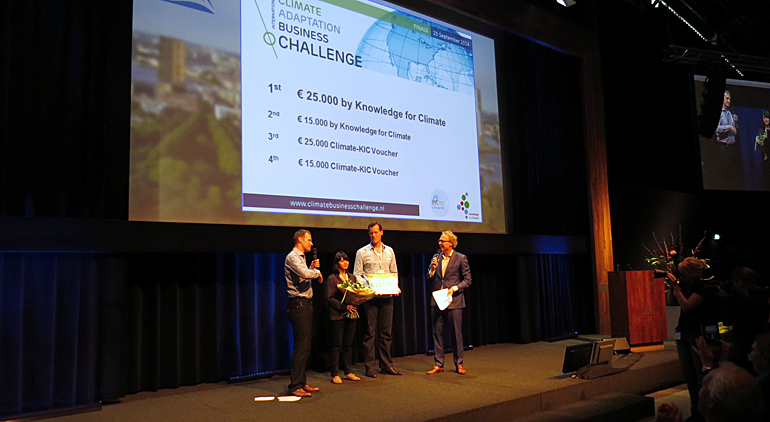 The finals took place during the international conference Deltas in Times of Climate Change II in Rotterdam on 25 September.

Generating new business
The Climate Adaptation Business Challenge is an initiative of the Dutch research programme Knowledge for Climate and the European Union Climate-Knowledge innovation community.

Both initiators want to boost new climate business by stimulating the creation of new business ideas and translating knowledge into innovative products and services. 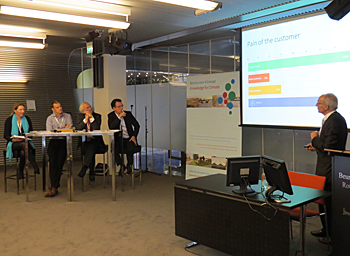 Seven pitches by finalists
Out of 78 submissions from 28 countries a jury selected 15 business ideas as winners of the first round. The selected teams were from Kenya, Bangladesh, United Kingdom, Portugal, Spain, Italy, Germany and the Netherlands.

These teams have competed in the Climate Adaptation Boot Camp for a place in the finals.

Seven finalists were selected and pitched their business plan at the conference in Rotterdam.

Water scarcity for coffee plantations
Vietnam is the second largest coffee producer in the world but farmers in the country's high lands are running out of water, as Jelmer van Veen (Netherlands) and Priska Prasety (Indonesia) pitched to the jury. They want to build 15 to 20 Aqgri+ stations and match the farmer's demand for water and compost by re using waste water, rice straw and fish sludge.

"I did my research project on the feasibility of waste water reuse as climate adaptation measure for agriculture sector in Mekong Delta of Vietnam", said Jelmer van Veen. "It is one of the world’s most prone regions to climate change. There I identified so much potential for using existing water resource for irrigation water."

The biggest challenge for the business case is to overcome the issue of the inappropriate pricing for water that only covers the costs of the delivery service, excluding the costs as a scarce resource. 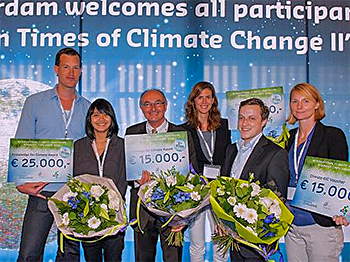 Three other finalists
The three other winners were:
● Resilience, Melanie Davis: tailored climate forecasts for the wind energy sector.

● SWAP, Marta Faneca Sànchez: a sensor that can be mounted on a cell phone for farmers and water managers to measure salinity of water.