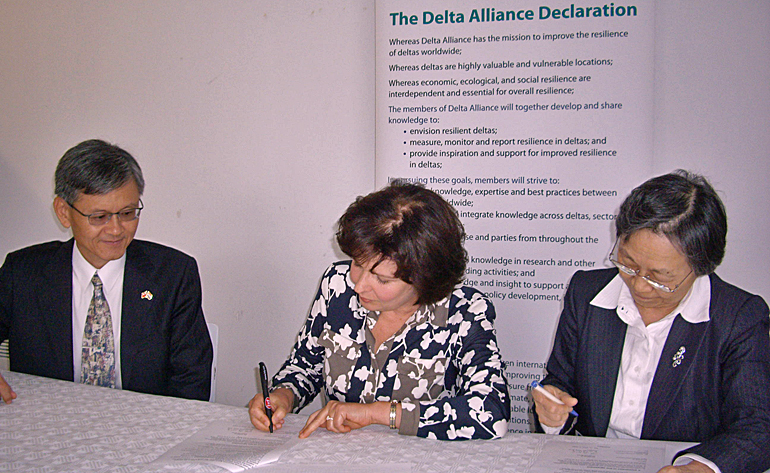 With Kenya and Taiwan joining the network, fourteen deltas over the whole world are now members.

Ambassador of Taiwan in the Netherlands, James Lee (left on top photo) and Vice president professor Yu Wang (right) of Academia Sinica signed the agreement, together with chair of the board of the Delta Alliance, Tineke Huizinga-Heringa (middle). 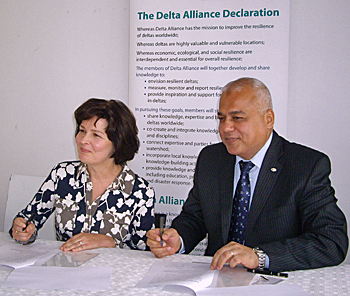 Acquiring new knowledge
In 2009 the Delta Alliance was set up as an international knowledge-driven network for enhancing safety and sustainability in the delta regions of the world.

Together they acquire the know-how needed to further develop their deltas and thus deal with the threats that are specific to delta regions.

Comparison of deltas on vulnerability
During the conference programme manager Wim van Driel and Deltares researcher Tom Bucx presented two recent studies by Delta Alliance in which river deltas are compared regarding the vulnerability to among others extreme weather events, climate change, sea level rice, subsidence and urbanisation.

According to Van Driel the assessments show that the Ciliwung delta, Ganges-Brahmaputra-Meghna delta and Nile delta cope with very high land and water demands due to high population pressures. Combined with a moderate (Nile) to inadequate (Ciliwung and GBM) infrastructure these pressures lead to significant problems.

The Ayeyarwady delta faces a similar situation with underdeveloped infrastructure and high vulnerability to extreme events such as cyclones, storm surges and extreme rainfall. Also the Incomati and the Tana delta combine a moderate land and water pressure with degrading natural resources and an insufficient infrastructure. 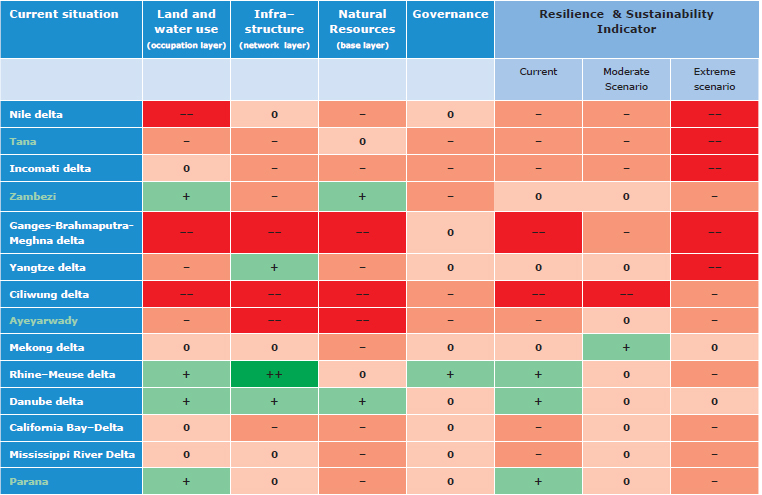