Deltas 2014: leading conference on coming to grip with complex coastal and river deltas

Floods in Bangkok and the Thames delta, salt intrusion in Egypt and Bangladesh: these are just some examples of rising risks to coastal river deltas and delta cities driven by rapid urbanization, subsidence and climate change.

How to manage the growing risks for population and industry in the deltas will again be debated at the second edition of leading conference 'Deltas in Times of Climate Change II'.

The conference will take place in Rotterdam, the Netherlands, from 24 - 26 September and is hosted by Rotterdam Climate Initiative, Research programme Knowledge for Climate, Dutch Ministry of Infrastructure and the Environment, Dutch Ministry of Foreign Affairs, C40 Cities Climate Leadership Group. 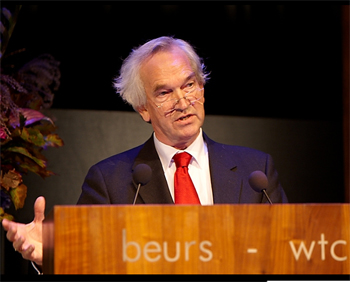 Coming to grip
The first conference in 2010 focused on raising awareness for the specific challenges in these very dynamic and vulnerable coastal areas.

This year the emphasize of the conference is more on actions and investments to enhance resilience and reduce risks.

"It will be about coming to grip with the growing risk in urban deltas", says co-initiator and chair of the conference, professor Pier Vellinga of the Dutch national research programme Knowledge for Climate.

He states that already at this moment many coastal areas are not adequately prepared for extreme weather events.

"Climate change is an additional risk", continues the Dutch professor. "Accelerating sea level rise and more extreme weather events is what we should expect in the coming decades. But to start with: we should recognize the existing and growing problems due to subsidence, wetland degradation, plastic pollution and diminishing fresh water resources". 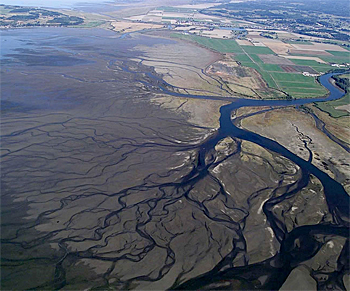 Clear indication of direction
Vellinga is very much aware of the uncertainties in the climate models and the wide ranges of sea level rise predicted.

"Climate change is a very good indicator of the challenges ahead. Take the sea level rise. Certain scenarios predict a global rise up to 1,5 meter by the end of this century. This number is uncertain and far away. A more practical approach is to plan for 20 to 50 cm global sea level raise in the next 50 years, that is challenging but do-able if we start working on it today", he suggests.

Community based adaptation
One of the Round Table discussions with 'high level' practitioners focusses on Community Based Adaptation (CBA). "Here is much to learn", says Vellinga. "Countries as Vietnam, Bangladesh and Indonesia start to realize the necessity to integrate their adaptation policy in every days politics. This is a difficult process and it helps when people ask their politicians for action and come up with own solutions."

The Netherlands has a tradition of collective, large scale flood protection measures. „But there may well be more private solutions, such as in New York where owners make their own homes and offices waterproof", Vellinga points out. "In the Netherlands we have a national flood defense system. New York seems to be heading for a more local approach, with districts and offices taking their own solutions. This is probably more costly, but it can be installed more rapidly and there will be less pressure on scarce public funds." 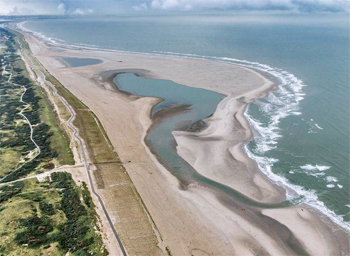 Stay tuned
Stay tuned as news items on this website will keep you up to date on the Deltas in Times of Climate Change II conference.

Closing session of the first conference in October 2010 by professor Pier Vellinga.