Dutch State secretary for Infrastructure and the Environment Wilma Mansveld officially opened the demonstration site for hospital wastewater in Sneek, the Netherlands on 1 September.

At the demo site firms and research organisations working on new treatment technology can easily plug in a containerized pilot plant to do research and test the treatment of real hospital wastewater.

The site is a joint initiative between Wetsus, the Antonius Hospital, the municipality of South-West Fryslan, Water Alliance, Water board Fryslan and water technology firm Desah. 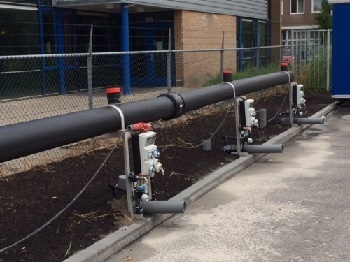 Plug in and play

The plug in facility has been designed by Desah.

Another issue is the removal of drug residues so that these residues do not end up in the environment. 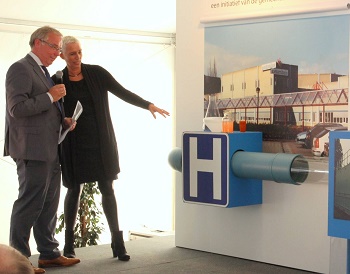 More demo sites for water treatment
The demo site at Antonius Hospital is one of the five 'on site' testing locations for new water treatment technologies,
initiated by Wetsus centre of excellence for sustainable water technology.

At the sites new concepts can be scaled up, tested and demonstrated.

The sites are situated at a waste water treatment plant, a drinking water production plant, a salt mining company, a water laboratory and now also at a hospital.

This news item was originally published on the website of Wetsus.