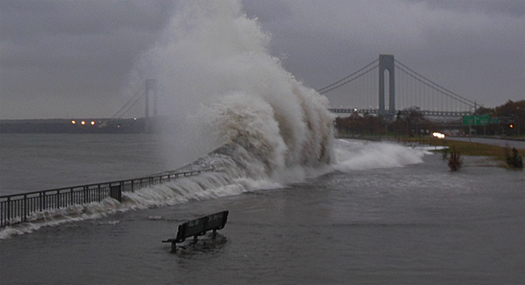 Requested by mayor Michael Bloomberg of New York last year after hurricane Irene caused huge economic damage, Aerts is studying all possibilities to protect the city from flooding. One of the option is a Dutch based 'delta plan' with levees and navigable storm surge barriers.

The study is expected to be ready early next year.

The superstorm Sandy killed at least 50 people, many hit by falling trees. Some 375.000 people were evacuated and over 8 million people were without electricity. The damage is estimated to top 20 billion US dollar.

The coastline of New Jersey was the hardest hit area with flooded coastal towns as Atlantic City and Ocean City. In New York the 14 ft storm surge knock out unprotected underground infrastructure as the subway and many power stations. 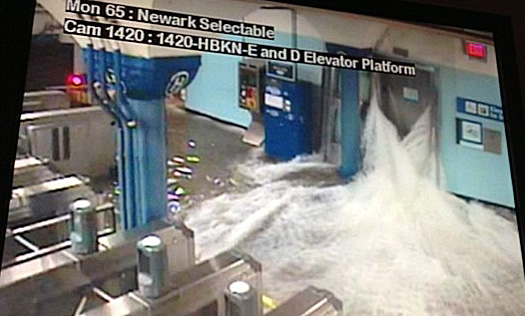 New York called the flooding of the subway the 'worst devastation' the city’s transit system has ever seen in its 108 year history. 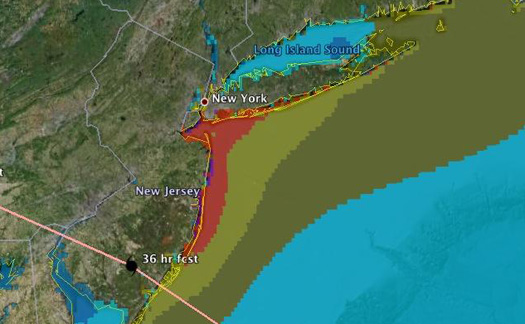 Reluctant to costly engineering options
Six years ago, the New York authorities approached Amsterdam-based scientist Jeroen Aerts for advice. At that time Aerts was involved in a comprehensive study on the vulnerability of coastal cities. New York ranked high as a flood prone city.

"Initially they proved a little bit reluctant in terms of considering large scale protection measures, like surge barriers", according to Aerts.

The Dutch 'delta plan' is a called after the south east river delta area in the Netherlands. This delta area flooded in 1953 and in response to that disaster the national government drew up the 'delta plan' to prevent .

"These large engineering solutions are expensive, and New York wanted inexpensive solutions", Aerts says. "But this changed last year, after Hurricane Irene caused huge economic damage. Then they also saw this sense of urgency that maybe we should also look at other options", he says.

"But the economic damage is enormous, especially if a city like New York comes to a halt for a few days", making Aerts doubt on the cost effectiveness of flood risk reduction in the US. 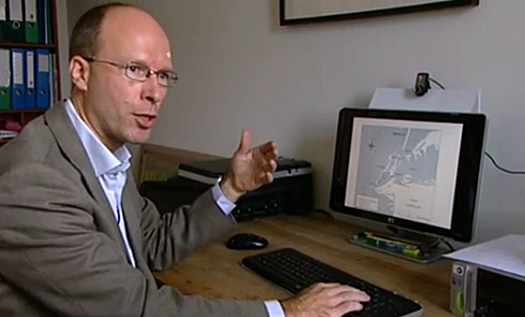 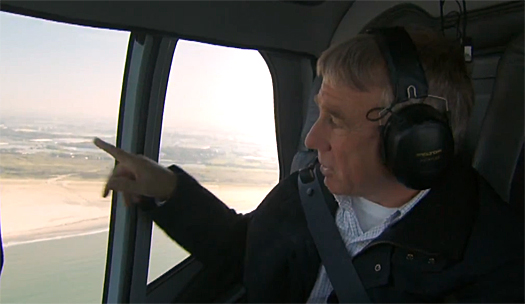 Investment in New Orleans already paid back
Expert on global water management Piet Dircke of engineering firm Arcadis reacted in the Dutch media as well. He wonders if the New York authorities will now reconsider their policy .

Dircke mentioned the 14,5 billion dollar reconstruction works on the flood defence system of New Orleans. "In August the levees and barriers withstood the storm surge caused by hurricane Isaac. If the New Orlerans had not improved its flood defence system it would have flooded again. The investment already paid back," according to Dircke.

"Our design is what a storm surge barrier in the Verrazano might look like”, the global water expert Dircke of Arcadis continues, “as part of an integrated flood protection plan for the Hudson Bay. Such a plan should consist of more elements then a barrier alone. In the Netherlands we are preparing a second 'delta plan' that includes different measures, bot structural and non-structural, for variable scenarios such as climate change and socioeconomic development. These potential measures are compared and combined into a system, were all components work together. With a planning, cost estimates, EIA, prioritization, budgeting, funding, institutional and other aspects," explains Dircke.