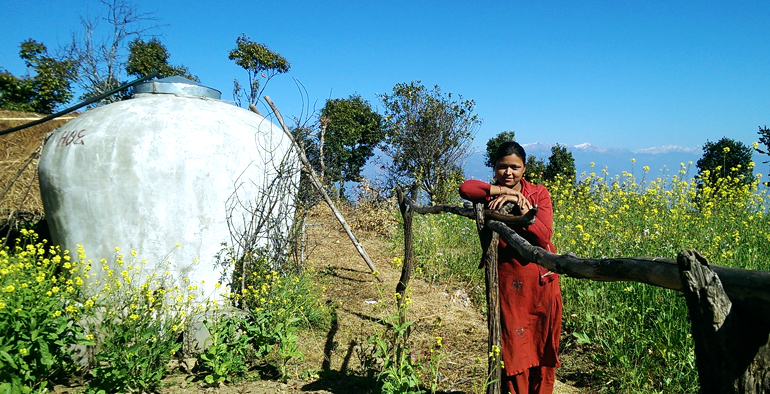 Civil society organisations from around the world made an urgent call for the human right to water and sanitation to be explicitly named in the Declaration of the post-2015 development agenda that is to be adopted in September during the next UN General Assembly in New York.

On 8 May, 621 organisations collectively issued a letter to all United Nations member states urging them to include this fundamental water right in the declaration.

The organisations include the Dutch-based Rain Foundation and Women for water partnership. The letter is also signed by End Water Poverty that represents other Dutch water-related NGO's such as Simavi, IRC Wash, Both Ends and Gender & Water alliance.

Important opportunity
In their letter to the United Nations the coalition says it wants to ensure the needs of people and the environment are prioritised in any water resource management strategy promoted within the SDGs.

In September world leaders are expected to adopt the Post-2015 development agenda, along with a new set of Sustainable Development Goals (SDGs) in New York, USA.

This agenda presents an important opportunity to fulfill the commitment on the human right to water, made by member states in 2010, the NGOs say. 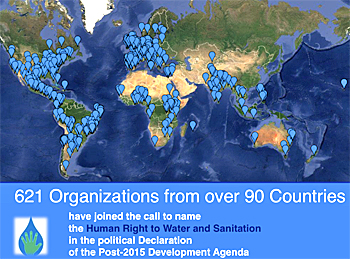 Own interpretations by national governments
The NGO demand builds on the consistent and urgent advocacy done by civil society throughout the post-2015 process regarding the importance of inclusion of the human right to water and sanitation.

In July 2010, the United Nations recognized that water and sanitation should be a human right (UNGA Resolution 64/292). However the right to water is not yet specifically mentioned in The Universal Declaration of Human
Rights.

Therefore the United Nations cannot sanction governments and the implementation of the human right to water relies upon the activity by individual member states.

Legitimacy for women to start discussion
Dutch-based organisation Women for Water Partnership underpins the importance for the UN to explicitly mention the human right to water in its post-2015 agenda. "For women in developing countries especially water is key to empowerment, access to education and work", explains president Mariet Verhoef of the partnership.

She continues: "Many countries still do not have any provision in their laws or policies to make sure that delivery of safe drinking water and gender-sensitive sanitation is a normal basic service provided. We know from experience that an international resolution gives women organisations a valuable opportunity and legitimacy to discuss this with their governments and authorities at different levels"

Verhoef urges member states to take a human-rights based approach to the SDGs in general thus giving a clear vision on the way the work to be done has to be conducted.

Opportunity for focus on remote areas
The letter to the UN was also signed by Dutch-based Rain Foundation. They recognise that 'a law only gives no water, but the recognition of the right to water supports our work that focuses on people who have no guaranteed access to water, often in very dry or water stressed areas. It legitimates to ask for more attention at national and international level.'

According to Rain Foundation's experiences governments focus their water programmes on urban areas and 'tend to forget the people in remote rural areas'. As these people have only limited resources to solve their own water problems, they need the support from local and national governments.

Rain Foundation believes a universal right to water provides an opportunity to start a dialogue on the issue of rural water supplies.

Download the full letter with names of all 621 organisations that was sent to the UN by the Global Water Justice movement (as pdf).