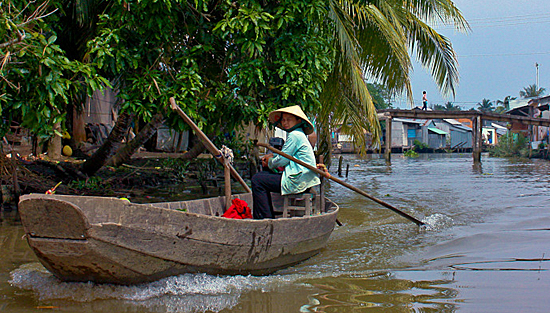 The Dutch government has awarded a contract to a consortium of Dutch consultants and institutes to assist the Vietnamese government to develop a long term Mekong Delta master plan.

In October 2011 a similar contract was granted to a Dutch consortium to advise the city of Ho Chi Minh on climate adaptation. 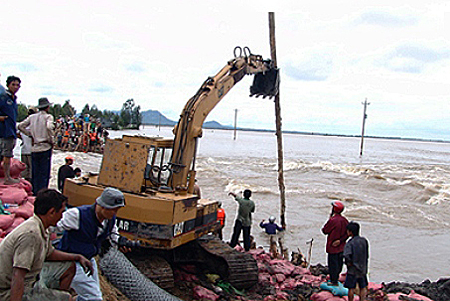 Dike breach in province of An Giang in October 2011.

Also there is the aspect of time and priority. Some measures are more urgently needed than others.

Using Dutch expertise
The purpose of the plan is to create a strategic long-term vision (2100) for the Mekong Delta, to set out a long-term programme with a range of short-term measures (2015-2025) and to strengthen water governance for the delta.

The Dutch consortium will advise on the water system, land usage, scenario development and water governance.

Winfried Pietersen, DHV project director, said: 'The most important thing is for the Vietnamese to be able to use our knowledge and experience to develop
a clear long-term vision that will truly set a course for sustainably developing the valuable Mekong Delta.'

This news item is based on a press release (in Dutch) orginially published on the website of DHV. 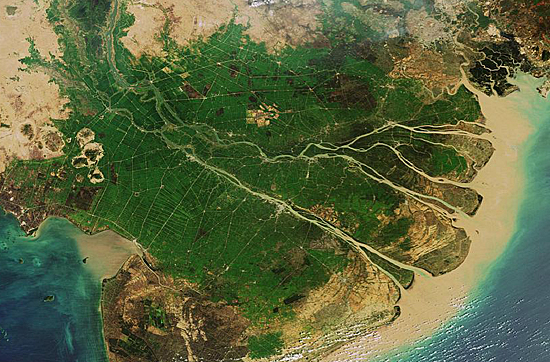