Research institute Deltares and engineering firm Witteveen + Bos will develop the 2035 Master Plan for the harbour of Beira in Mozambique. 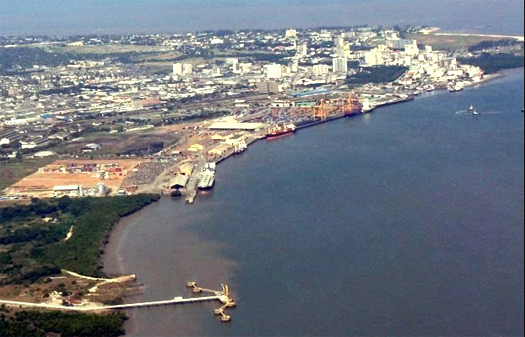 With a population of more than 400,000, Beira is the second largest city in the country. It is located in the estuary of the Pungue River.

Beira will face numerous challenges in the years to come. The master plan sets out an integrated vision for the city, describing how it can respond in the decades to come.

Adaptation strategy
Peter Letitre, the Deltares project leader working on the master plan, describes the challenges: "According to recent studies, Beira is seriously threatened by climate change. The city is just a few metres above sea level, and a clear adaptation strategy will have to be developed to provide enduring protection against the water. Beira also needs to make sure that it has adequate and safe supplies of water (particularly drinking water) in the future." 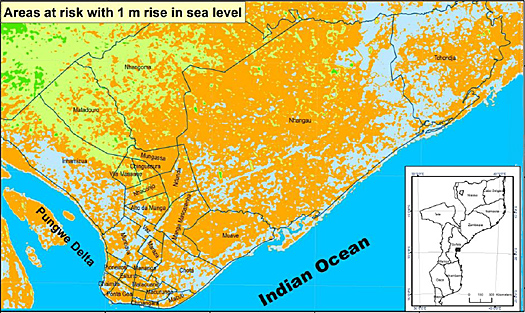 In the case of 1 m sea level rise the orange areas of Beira City will have a high risk of flooding, the light blue areas will inundate with water.

"In addition, changes are needed to the drainage and sewage systems to prevent the flooding of the city. There are also developments in the agricultural sector, such as the Beira Agricultural Growth Corridor (BAGC). Those developments will push up the demand for water, and affect the Pungue River and the delta."

New land and coal transporation
Spatial developments also need to be addressed. Peter Letitre: "The Tete province is home to intensive coal mining. The coal is transported via the Sena railway to the harbour of Beira for transshipment and export. There is a dedicated terminal in the harbour for coal. Preparations are in progress for expanding transshipment and export capacity to approximately 20 million tons a year."

"The expansion of the coal transport and export activities will have a major impact on the infrastructure and Beira. There is also a demand for the reclamation of new land. They need space for industrial activities, for new and improved housing, and for public facilities."

Follow-up plans
Work on the Master Plan will start on 1 February 2013. The plan will be completed in October 2013. Two major follow-up plans will then be developed and final drafting of those plans is scheduled for late 2013. Deltares is also involved here.

To ensure that the plans are actually implemented, financiers will be involved in the follow-up projects in the early stages. Peter Letitre: "The Dutch and Mozambican partners will submit the proposals to international financiers such as the World Bank and the AFDB. But also to public-private parties in Mozambique such as the municipal authority of Beira, the railways, the large mining companies and other investors." 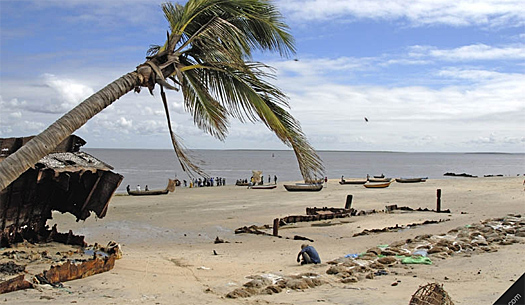 The 2035 Master Plan project is part of the Water Mondiaal (Global Water) programme of the Dutch government, This programme aims a long term relationship (10 – 15 years) with Mozambique and four other delta countries, through cooperation on the levels of government, private sector, knowledge development/exchange and NGO’s