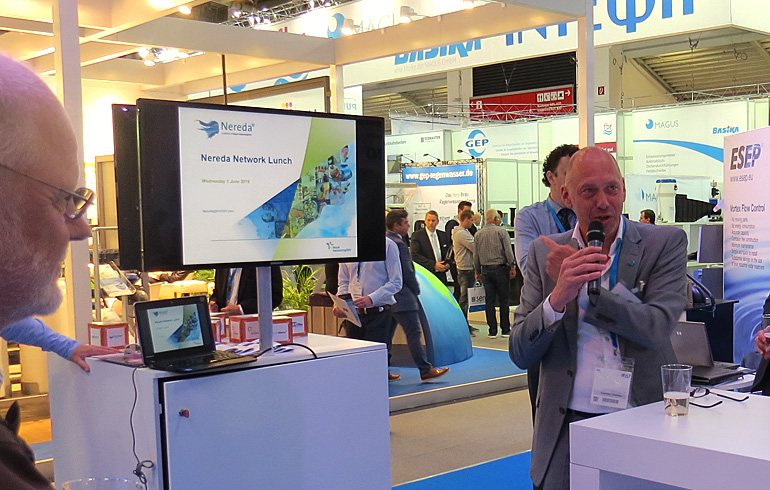 A known eccentric on the global water circuit, that is how the trade magazine Water & Wastewater International describes the winner of this Top 25 of Global water leaders: Dutch consultant René Noppeney of Royal HaskoningDHV. The top 3 has a second Dutchman. Mark van Loosdrecht of Delft University of Technology received this year a third place.

Water & Wastewater International published it´s Top 25 Global water leaders for the third year in a row on 18 January. According to the magazine it lists the best of the best, global thought leaders in the water and waste water industries. 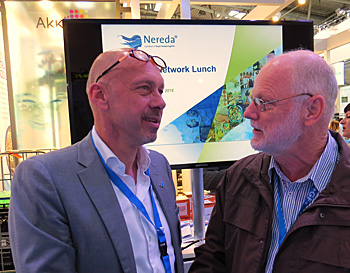 Leader of Nereda team
In the case of Dutch consultant René Noppeney the magazine praises his high visibility as leader of the Nereda waste water technology team that developed 37 plants in a very short period of time, half already in operation and the remaining in design or construction phases.

In a reaction on the occasion of his election, René Noppeney tells he is overwhelmed. “It is awesome”, he reacts in an interview with chief editor Tom Freyberg. “To be shortlisted, that in itself was a great recognition. But to then get the news that our Nereda team has actually won”.

Small footprint
“We train them so to speak to grow in granules”, Noppeney continues. “ That has two big advantages. One is the settling capability of the sludge that increases enormously. Hence we can build smaller - up to four times as small in physical footprint - as an conventional activated sludge installation.” 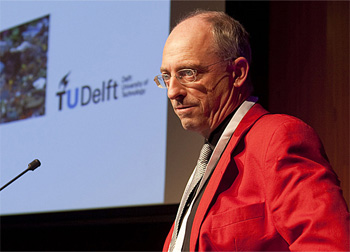 The third place is for Dutch professor Mark van Loosdrecht, praised for his creation of the Anammox-bacteria for the removal of nitrogen from waste water and contributing to the fundamental research on the special granule that is used in the Nereda wastewater technology.

“Mark has been a great ambassador for us. We brought the technique from a laboratory to full scale in the Netherlands in co-creation with the research institute of the Dutch Water Authorities, a private-public partnership. After that, we acquired the right to distribute the technology worldwide”.

The full Top 25 and the interview with the winner is published on the website of Water & Wastewater International.