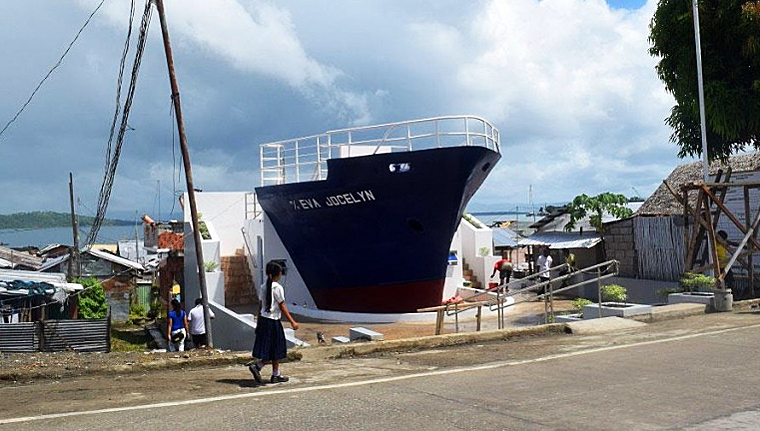 Consultancy firm Royal HaskoningDHV is leading a multi-disciplinary team in developing a sustainable coastal protection strategy to reduce flood risks for the cities of Tacloban and Palo in the Philippines.

Tacloban and Palo lie in the path of around 20 typhoons that typically hit the country every year. With predictions of ‘megastorms’ becoming more common as a consequence of climate change, there is a pressing need to develop solutions for the cities’ vulnerability.

On 8 November 2013 both cities were hit by typhoon Haiyan, in the Philippines known as Yolanda, one of the strongest storm ever to hit land. Tacloban, the main city on the island of Leyte, bore the full force of the typhoon. More than 90 percent of the city was destroyed by the unusually hard winds of up to 378 km/hr and storm surges of 4-6 m high. Of the official death toll of almost 6,300 people, over 2,000 were killed in Tacloban City alone.

On the occasion of the second commemoration the city unveiled the Anibong memorial in the coastal village of Anibong where the ship Evy Jocelyn washed ashore. The bow of the ships has been preserved (see top photo). 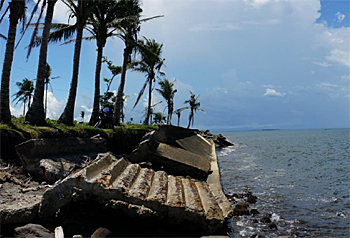 The existing sea wall was severely damaged and needs repairing.

Resolve urgent water issues
The Netherlands Enterprise Agency (RVO) commissioned this project to develop a sustainable coastal protection strategy for the area in the framework of the Dutch Risk Reduction Team (DRR-Team), an initiative of the Dutch Ministries of Foreign Affairs and Infrastructure and the Environment and the water sector.

The mission of the DRR-Team is to advise governments on how to resolve urgent water issues related to flood risks, water pollution and water supply, to prevent disasters or to rebuild after water related disasters.

Tacloban is an important strategic location for the prosperity of the Philippines. It is a regional trading hub and a centre for commerce, industry and education. Until Typhoon Haiyan struck in 2013, Tacloban was the fastest growing city in the Philippines, with a daily population of 1.2 million. 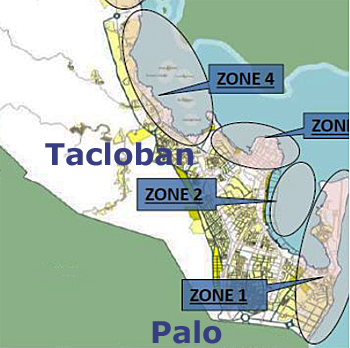 Prevent a next disaster
Dutch minister Melanie Schultz van Haegen, of Infrastructure and the Environment said: "Typhoon Haiyan had a disastrous impact. I hope this coastal protection plan provides a structural solution to better protect the inhabitants, make them more resilient and prevent a next disaster."

The project, launched in October and led by Royal HaskoningDHV, will identify short, medium and long-term goals together with structural and non-structural measures for coastal protection and disaster risk reduction.

It is being carried out in close consultation with the Philippine Reclamation Authority (PRA) and other national and regional agencies and stakeholders.

Drawing on Dutch expertise in coastal resilience
DRR-Team programme coordinator Sandra Cats said: "This project is essential for the future well-being of the people of Tacloban and Palo. Dutch expertise in flood management will be valuable in developing a solution that creates resilience for this low-lying coastal region."

The project team assembled by Royal HaskoningDHV includes experts from Deltares, Arcadis, Wetlands International, Red Cross, Rebel and Van Oord. In addition to flood management experience, the parties involved have a local presence or track record in the Philippines.

This combination of international expertise across a wide range of disciplines and in-depth local knowledge is seen as a key element in contributing to the success of the project. 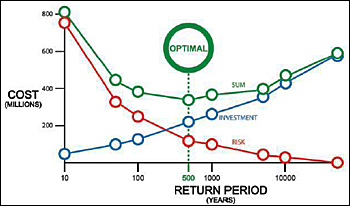 A typiclal Dutch approach is to make an assessment of the optimal  intervention by comparing the costs of flood prevention projects and the avoided costs. (

Opportunities for urban development
"We will be working closely with more than 15 local, regional and national organisations", said team leader George Peters from Royal HaskoningDHV. "The end result will be much more than simply a technical solution for a flood protection structure, it will be a long-term strategy for the entire area."

Opportunities for urban development, mangrove and beach forest restoration will be integrated in the plan together with improved storm surge forecasting to create a multi-disciplinary, sustainable solution. "It is a great challenge and an opportunity to incorporate nature development as part of a coastal protection strategy", he added.

The 0.6 million euro project was launched at a ceremony in Tacloban on 9 October and is due to be completed by the middle of 2016.

This news item was officially published on the website of Royal HaskoningDHV.