The Dutch government has earmarked 4.6 million euro for the next three years to be able to deploy Dutch Risk Reductions (DDR) Teams to countries that have been hit by a water-related disaster and ask for advise from Dutch experts.

Over the past twelve months, the Netherlands has undertaken 22 missions to a variety of countries that requested assistance to protect populations more effectively from major flooding, drought and serious water pollution.

The missions that can now be continued, involve a team of Dutch water experts from government, knowledge institutions and private companies. 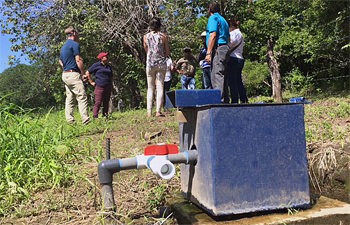 DRR-Team assesses the drought in Costa Rica with local farmers.

Bring in the Dutch
Dutch minister Melanie Schultz van Haegen of Infrastructure and environment commented, ‘We have over eight centuries of experience in battling the sea, so it’s no surprise that when there’s a water-related disaster somewhere in the world, the cry goes up, “Bring in the Dutch!”

According to Schultz the Netherlands is happy to help but it also learns from the missions. ‘Because every single country is different, we’re always learning something new.’

Aid and trade
‘It’s a two-way process,’ confirmed minister Lilianne Ploumen for Foreign Trade and Development Cooperation. Ploumen added: ‘You’re helping people and improving their living conditions. And at the same time, Dutch companies and knowledge institutions are playing a major part. It’s a fine example of aid and trade.’ 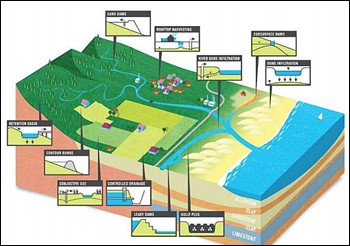 A Dutch DRR-Team mapped the options for the Lebanese water authorities to store more groundwater through direct infiltration and riverbed infiltration.


Follow-on activities
Several DRR-Team missions have led to serious joint follow-up activities. In the case of a mission after serious floods in Panama Cities, several Dutch dialogues meetings (on top photo) were organised where Panamanian and Dutch experts talked about a better spatial planning to reduce flood risks.

A scoping mission to Lebanon assessed the problem of water scarcity and the influx of Syrian refugees. For a week Dutch experts talked with Lebanese authorities and visited the Bekaa valley to study the issue of groundwater depletion.

The Lebanon authorities wanted to build a costly dam but the Dutch DRR-team advised to reduce the ground water distraction by introduction new technologies such as artificial recharge/small scale water storage, precision irrigation technologies and food production in green houses.