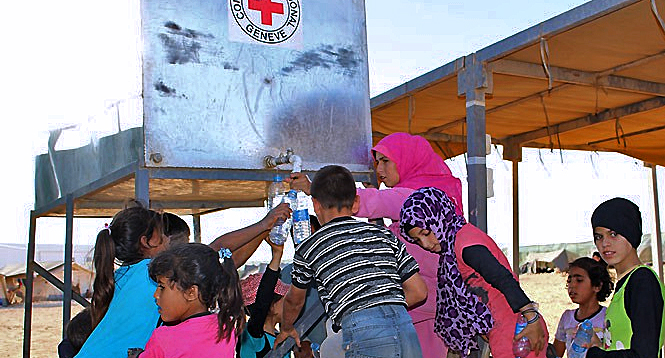 The Dutch government announced that it facilitates a group of water experts that can assist during the relief operation following a major disaster.

The new facility is called Dutch Surge Support (DSS) and is organised in close cooperation with the Dutch water sector and the Netherlands Red Cross.

For this deployment of Dutch water experts in disaster relief operations the Dutch government earmarked 2 million euro till 2017. 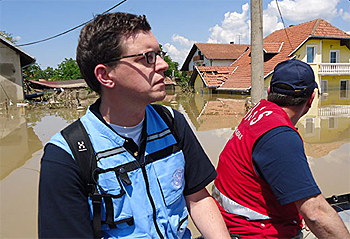 Dutch flood expert Mathijs van Ledden was deployed to Serbia by UNDAC immediately after the extreme flooding in May 2014.

Quick response
According to Dutch minister Lilianne Ploumen of Foreign trade and development cooperation, the new facility contributes to a more effective humanitarian aid: "In case of a water related disaster it is important to act quickly and save as many lives as possible. The Netherlands has a lot of knowledge and expertise in the field of water and we want to share this worldwide in emergency situations."

Ploumen states: "Many water experts work for Dutch companies and now we have the facility to deploy them as well. As an example, the United Nations sent a Dutch water expert to Serbia after the floods last year, to advise on the use of pumps for flood water removal.".

Additional to disaster prevention and recovery
With the addition of the new DSS-facility the Dutch government can deliver water related expertise during all phases of a disaster. The new facility is complementary to the Dutch Risk Reduction (DRR) facility that was initiated last year to allow expert teams to be deployed in the reconstruction phase of a disaster, or in case of the prevention of a disaster.

Formal requests for the DSS-team are handled through aid organisations and local Dutch contacts, such as embassies.

This news item is based on a press release originally published on the website of the Dutch government (in Dutch only).