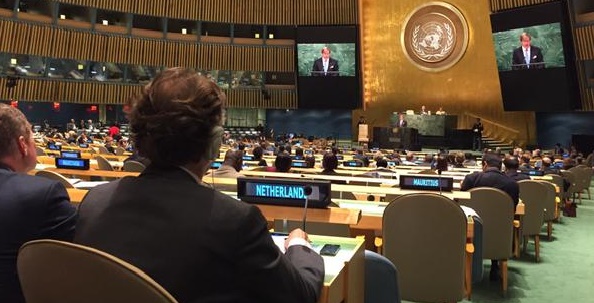 The side event was part of the UN General Assembly and was hosted by the Dutch government and took place in New York on 28 September. 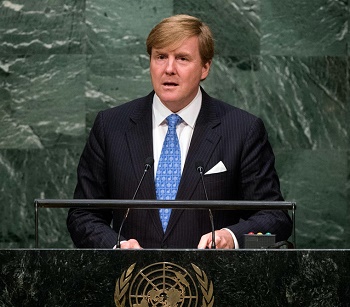 According to Dutch king Willem-Alexander, small island states are the custodians of the big oceans.

Stewards of the oceans
In his keynote King Willem-Alexander pointed out that the 38 allied SID states in the Indian Ocean, the Pacific and the Caribbean may be small in land mass, many are large in terms of their exclusive economic zones. “This makes them the custodians of a great part of the world's oceans”, the king said.

The side event in New York discussed the roll out of this document and the implementation of issues as sustainable growth, renewable energy supply, and disaster risk reduction. 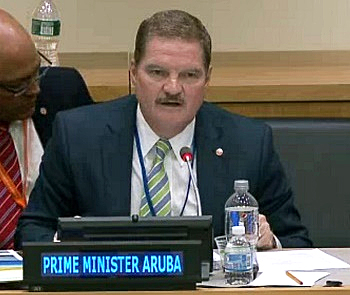 The side event was chaired by Aruba Prime Minister Mike Eman.

Sharing experience
In his keynote Dutch king Willem-Alexander said that the Netherlands actively reach out to help the countries that struggle with similar water issues.

“We're sharing our experience in water management with countries all around the world. And we're making top Dutch water and delta expertise available to foreign governments urgently seeking to prevent water-related disasters."

King Willem-Alexander assured to know how crucial this is. 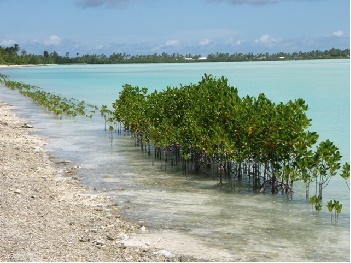 Structural measures against coastal erosion can be reforestation with mangroves, as here seen at Kiribati.

Structural risk reduction measures
The king referred to the visit of a Dutch team of water experts early July to the island states of Vanuatu and Kiribati. The visit followed the massive floodings on both islands that were triggered by tropical cyclone Pam in March of this year.

The Dutch experts toured the islands looking for structural measures to reduce the flood risks. Their findings will be published in a report that will be handed over to both governments.

Scholarship
Another helping hand the king referred to is the training by water education institute Unesco-IHE in Delft, of at least 20 key water professionals with MSc level education on relevant topics for the SIDS, in two batches starting in 2015 and 2016.

The deadline for the fellowship 2015-2017 is closed but Unesco-IHE will enable at least another 50 water professionals and decision makers to enroll in short courses that start in 2016 and 2017.

Click - here - to the UN website to see full recording of the side event on SIDS island states on 28 September 2015.