The 101 Dutch engineering battalion worked throughout the night on 5 June to sandbag the levee along the Elbe river near Torgau, just north of Dresden. The 185 army soldiers helped their German colleagues raising the levee with 30 cm over a length of 1,2 km.

All sandbags had to be in place within 20 hours before the peak flow would pass the city of Torgau. 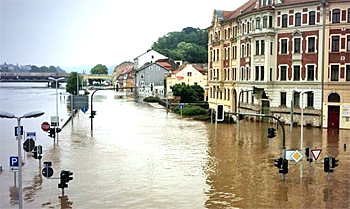 The death toll rose till at least 10 and many cities along the rivers suffered severe floodings in Austria, Czech Republic, Germany and Poland. 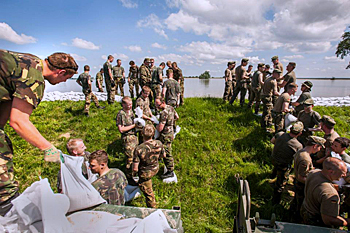 Initially the Dutch soldiers helped raising the levee along the Elbe with sand bags. Later they inspected and strengthened the weak spots.

More information
Ministry of Defence
The Hague, the Netherlands
+31 70 318 81 88
www.defensie.nl/english/