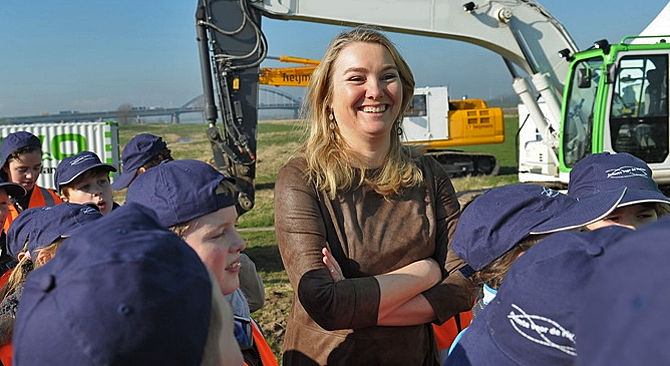 Dutch minister Melanie Schultz van Haegen of Infrastructure and Environment has been appointed Chairman of the Advisory Board of the Global water practice of the World Bank.

The council advises the World Bank on the global approach of water problems from a content and political perspective. Schultz announced her appointment in a lecture for the Red Cross on 11 February, in The Hague.

Preventive action
Minister Schultz said: "I am honored that I can share many years of Dutch water knowledge and expertise with a group of experts and directors, and advising the World Bank on water issues. Only by international cooperation and gathering of knowledge, we can make a difference for a better, more secure and prosperous world. "

"I consider it my mission to advocate a preventive approach to water issues worldwide. We, as Dutch, have learned that every euro spent on prevention, can save 7 euro on aid and reconstruction. Prevention also facilitates the work of aid workers". 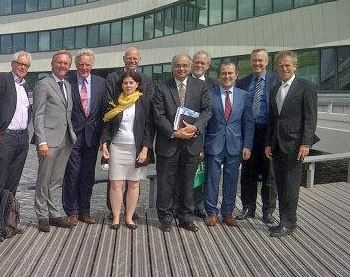 New course by World Bank
The Water global practice and its Advisory council illustrates the new organisation structure of the World Bank based on an integrated approach to water for a more resilient world.

The Dutch approach was used as the exemplary model. The Netherlands has a long tradition of how to deal with flood protection, water quality and scarcity. Its culture and typical approach makes the Netherlands a worldleader in the field of water.

The purpose of the advisory board is not only to advise the Water global practice but also to make the connection with the other practices for an effective approach and cooperation.

Later this year, the other members of the Advisory board will be announced.

About World Bank's Water Global Practice
As part of a reorganisation, the World Bank created 14 Global practices and five cross-cutting areas, including one for water. In April 2014 the bank appointed senior staff members as directors of the new networks, with Bangladeshi Juniad Ahmad leading the Water global practice (WGP).

The Global practices replace the Bank’s old matrix management system based on national groupings. Focusing on the improvement of water resources management and the delivery of water services, the Water global practice gathers experts from different countries, learning from each other, and offering assistance to assimilate the bank's global knowledge to experiences to local circumstance.

Senior director Ahmad heads a 220 globally placed staff. The portfolio of the practice is approximately 13.8 billion USD as of the end of FY13.

About Schultz van Haegen
As State Secretary for Transport, Public Works and Water Management Melanie Schultz van Haegen became responsible for the Dutch national water management for the first time in 2002. In 2007 she left politics to return again in 2010 as Minister of Infrastructure and the Environment.

In 2012 she was again reappointed in her current position as Minister of Infrastructure and the Environment, this time again with the portfolio policy for the national water management.

Ministry of Infrastructure and environment
The Hague, the Netherlands
www.government.nl/ministries/ienm