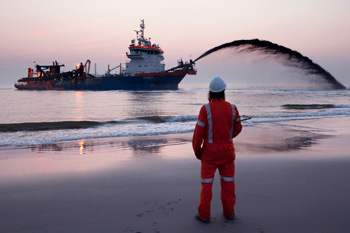 Protecting the Netherlands from high water, now and in the future, and ensuring the freshwater supply: that is the aim of the Delta Act which was unanimously adopted by the House of Representatives on June 28.

Crucial importance
State Secretary Atsma (Infrastructure & the Environment) believes water safety and the freshwater supply are of crucial importance to the Netherlands. "They require a long-term approach. The Delta Act guarantees this!"

Flood control and fresh water supply
The Delta Act constitutes the legal basis for the Delta Fund which can be used to finance the safeguarding of the freshwater supply and protection against high water in the future. The Act also provides for the role of the Delta Commissioner who is tasked with ensuring that a Delta Programme is drawn up every year and the progress is reported.

Prepared for the future
Over the last century, the sea level has risen, soil has subsided and the weather has become warmer. The figures of the Royal Netherlands Meteorological Institute (KNMI) indicate that this trend will continue. More severe weather conditions, such as more rainy periods and periods of drought, are matters that must be taken into account. The Delta Programme is needed to get the current safety in order and to ensure that the Netherlands is prepared for the future.

Coordinated action by all authorities
To that end, the government needs to take the right measures to keep the Netherlands safe and attractive, with a sufficient supply of freshwater. The state, provinces, municipalities and water boards are working together with civil society organisations, the business community and knowledge institutions in the Delta Programme, under the direction of the Delta Commissioner. The State Secretary of Infrastructure & the Environment is the coordinating member of the cabinet for the Delta Programme. 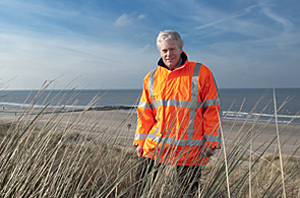 One programme for all measures
Alongside the ongoing programmes such as Room for Rivers, Maaswerken (Meuse Works), Coastal Weak Links and the High Water Protection programme, the Delta Programme focuses on five Delta Decisions. By 2015, these decisions will be submitted to the cabinet.

These decisions involve the standards for our main dikes and other water barriers and the strategies for our water safety, the availability and distribution of freshwater, the level of the IJsselmeer, the way in which the Rhine Estuary & Drechtsteden region can remain safe without adversely affecting its economic value and how water can be taken into account during the construction of neighbourhoods and districts.

As of 2020 one billion euro annually
The Delta Fund is intended for spending in the areas of water safety and the freshwater supply. The Delta Act sets down that up until 2020 the funds from the Infrastructure Fund which have already been reserved for this purpose, will be transferred to the Delta Fund. In a supplementary policy agreement, the cabinet has agreed that from 2020 at least 1 billion euros a year will be available for the Delta Fund.

This news items was originally published on the website of the Delta Commissioner.