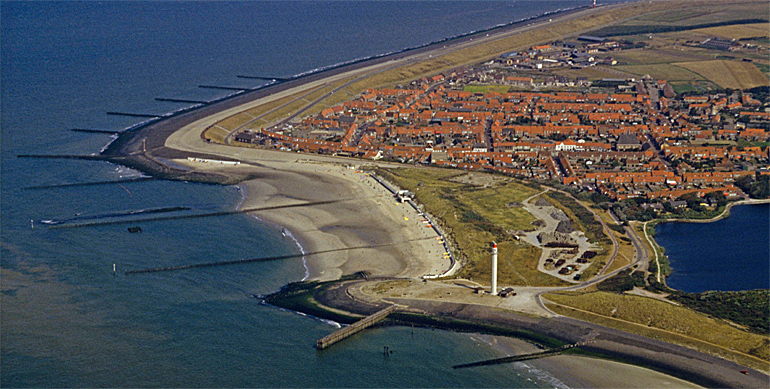 Dutch parliament agreed on an amendment of law that fundamental changes the national flood defence standard.

When the amendment on the Dutch national water law comes into force, the Dutch flood standard will no longer be based on the probability of a flood given a certain height of the water level that can be expected during an extreme weather event.

Instead, the new Dutch flood standard is risk-based, demanding a life protection level of 1:100.000 years of becoming a flood casualty for every citizen living behind levees or dunes. 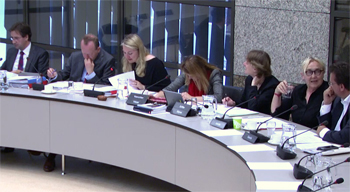 The Netherlands is the first country in the world to implement a national flood standard based on the quantitative estimation of flood probability, incuding levee failure.

The new law is expected to come into force by 2017. By 2050 all concerning levees are to meet a failure probability standard that has been derived from the maximum allowed flood risk.

The costs to implement the new flood protection standard are estimated at 14 billion euros in the period up to 2028.

Investing wisly in climate adaptation
"In 2050 we still want to be the best protected river delta in the world", explains Roald Lapperre, deputy director general for water and spatial planning at the Dutch ministry of Infrastructure and the Environment.

"This implies we have to prepare for climate change", Lapperre continues, "and invest wisely to counter sea level rise, increasing river discharges and soil subsidence. Instead of investing in measures to withstand the water level of a 1:100 of 1:1,000 weather event, we invest in measures based on a minimum protection standard that expresses the probability of flooding".

According to Lapperre the new risk-based standard will allow the Dutch government to provide additional flood protection for less money. He gives an example. "By investing in specific levee sections in the central part of the Netherlands, with its large rivers, we are able to increase the flood protection tenfold." 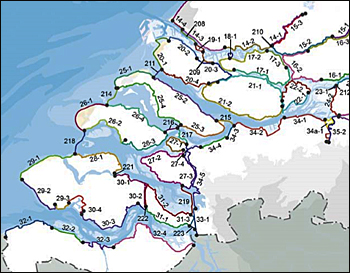 Over 200 levee sections have been identified and linked to a minimum failure standard, ranging from 1:300 for sections in rural areas upto 1:1.000.000 for sections with a very critical impact in case of a failure. Here seen are the sections in the Southwest of the Netherlands.

Failure probability
Professor on flood risk Matthijs Kok at Delft University of Technology adds that the risk-based standard also includes the possible failure of a levee. He makes a comparison with a dam that holds a large water reservoir. "This is comparable to the situation in the many low-lying polders of the Netherlands. If a levee fails there is an immediate potential of fatalities."

The fatality risk will depend on the population density of the protected area.

"Instead the Dutch flood defence system will be based on the maximum allowed failure probability. That may be a breach, an overtopping or an extreme water level that exceeds all expectations", Kok adds.

Most effective investment in flood defence
At the moment the Dutch national flood defence system is made up of ring levees with classic exceedance standards ranging from 1:1,250 up to 1:10,000. 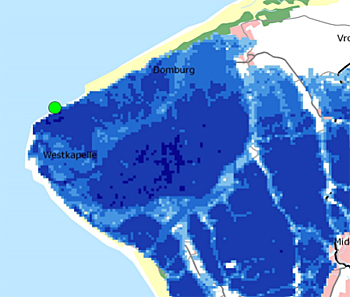 Deltares made flood simulations and calculated the best cost/benefit for the new failure standards for all levee sections. Here seen is the case of a breach (green dot) of the sea wall just north of Westkapelle (also on the top photo).

"This reflects that in certain areas the risk of a potential failure has more impact, than in other areas", tells senior advisor Ferdinand Diermanse at research institute Deltares.

Deltares has been involved in the development of the new risk-based flood protection standard. A break through has been the development by Deltares of a model and software to calculate the economic optimal dike heights.

According to Diermanse, an approach like this could be interesting for countries like the United States, the United Kingom, Germany and Vietnam.

"They too face enormous investments for the improvement of their flood defences. They too have to be efficient with the public funds that are available. Our tool can be used to determine the most efficient investment in flood defence", says the expert at Deltares.

Implementation levee section by section
The national Dutch government and the regional water authorities started a collaborative levee reinforcement programme. This on going programme started in 2014 and envisions the reinforcement over 1,900 km levee. Every year a new priority list is adopted to make sure that the most critical levee sections are handled first.

Simultaneously, a special appointed Deltacommissioner supervises the implementation, coordinating the flood risk management and spatial planning by the national government and all local authorities.

More information
Ministry of Environment and infrastructure
The Hague, the Netherlands
+31 77 465 67 67
www.government.nl/ministries/ministry-of-infrastructure-and-the-environment

Video explaining the principles of new flood protection standard and the more flexible way to meet the standard, for instance by adaptation of spatial planning.