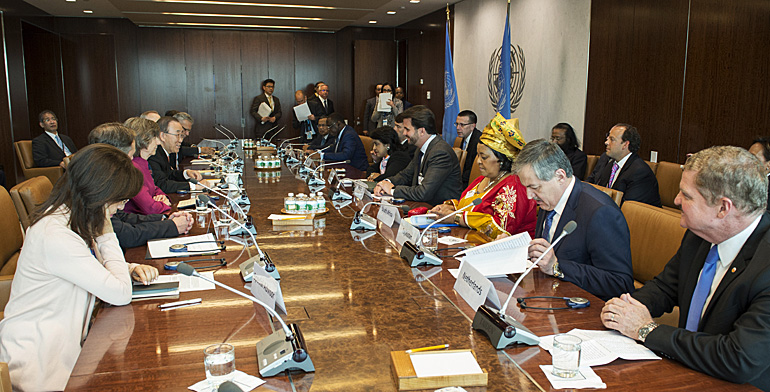 One of the appointed members on the panel is Dutch prime minister Mark Rutte.

The announcement was made in New York on 21 April where world leaders had gathered to discuss the implementation of the Sustainable development goals/2030 Agenda and the formal signing of the Paris COP21 climate agreement.

The panel met with Ban Ki-moon (left in the middle on top photo) for the first time at the UN headquarters in New York. 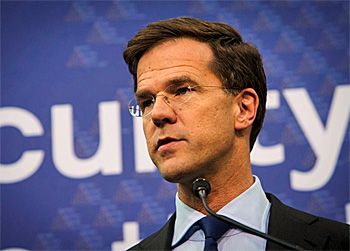 SDG6 on water
The joint United Nations and World Bank Group High-level panel on water was launched at the World Economic Forum in Davos last January, and aims to mobilize effective action to accelerate the implementation of Sustainable Development Goal 6 (SDG6), which focuses on ensuring the availability and sustainable management of water and sanitation for all, at a time of unprecedented challenges.

"Ensuring water and sanitation for all is crucial for reducing poverty and achieving other Sustainable development goals,” said United Nations Secretary-general Ban Ki-Moon. “I urge all partners to mobilize behind SDG 6 with political, financial and technological support."

Taking global leadership
The panel has been installed to provide the leadership to tackle the global water challenges of developing and managing water resources, and providing improved access to clean water and sanitation.

"Addressing this challenge, and ensuring that we can provide clean water and sanitation for all, requires the kind of global action, strong leadership and commitment shown by the members of the High Level Panel on Water", said World Bank Group President Jim Yong Kim 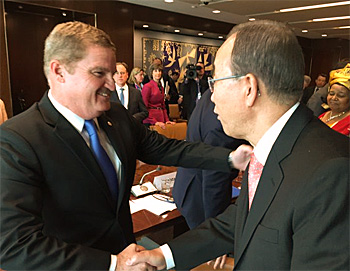 Prime minister of Aruba Mike Eman (left) shakes hands with UN secretary Ban Ki-moon. Eman represented the Netherlands at the first meeting of the High-level panel on water. Aruba is a constituent country of the Kingdom of the Netherlands in the Caribbean Sea.

Real added value
In reaction to his appointment prime minister Mark Rutte reacted: "Water is life, and we must value our water right, like we learned and practice in The Netherlands in an inclusive, comprehensive and collaborative way to tackle the complex water crises of too much, too little and polluted water effectively, efficient and with real added value for all."

Previous high-level appointments
The appointment of prime minister Rutte follows on the installation of other prominent Dutchman on high-level functions to tackle global water issues.

Dutch king Willem-Alexander chaired the UN secretary general’s advisory board on water and sanitation (UNSGAB) from 2006 till 2013.

Later Koos Wieriks joined this elite board of water experts till it was disbanded in November last year to make room for a new leadership on global water issues.

In December 2013 Dutch minister Melanie Schultz van Haegen of Infrastructure and Environment was appointed Vice chairman of the UN High level experts and leaders panel on water and disasters (HELP).

Two years later she also became chairman of the advisory board of the Global water practice of the World Bank. Last week minister Schultz chaired a meeting at the World Bank on the financing of water projects.

This news item is based on an original publication on the website of the World Bank and United Nations.
(top photo by UN Photo/Eskinder Debebe)