A new type of ultrafiltration membrane, coated with a polyelectrolyte multilayer (PEM), can improve water treatment. This emerges from research by Joris de Grooth of the University of Twente, the Netherlands. 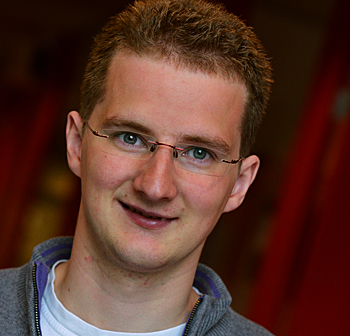 In existing water treatment plants with ultrafiltration membranes, either a preliminary treatment is required to avoid fouling, or an additional treatment step is required to remove remaining ions, micro-pollutants or bacteria.

De Grooth took hollow fibre membranes with holes of about 5 nanometres in diameter and applied a relatively simple layer-by-layer chemical process to apply the multilayer polymer coating (of about 2 nm thick) over the holes.

Layer-by-layer production
For the coating of the hollow fibre membrane the simple and versatile 'layer-by-layer' (LbL) technique can be used. By exposing a negative substrate to a polycation in an aqueous solution, a thin layer of that polycation is adsorbed on the surface. With the modified substrate, now positively charged, the same process can be done with an aqueous solution of a polyanion.

Depending upon the desired application, the number of layers, the density and the charge of the layers can be chosen.

Selective removal pollutants
De Grooth also tested the use of polyzwitterion, changing the selectivity of the coated membrane, for both inorganic electrolytes and low molecular weight organic micropollutants.

He believes that incorporating the polyzwitterion into the films leads to PEM membranes that are very well suited for removal of both positive and negative charged solutes.

Emerging pollutants such as hormones, antibiotics, bisphenol A are difficult to remove with current water treatment technologies. This problem is not limited to hollow fibre membranes and ultrafiltration only, also conventional nanofiltration membranes and reverse osmosis have a low rejection to some of these so-called endocrine disrupting chemicals (EDCs).

The main reason for this is that retention is not based solely on molecular weight, but on a combination of size, hydrophilicity and charge. De Grooth experimented with different chemical active layers to learn more about the selective removal by PEM-membranes. 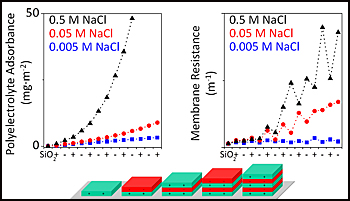 Between UF and RO
The most important benefits of these new membranes is that they can potentially operate between ultrafiltration and reverse osmoses, removing micro-pollutants such as medicine residues, hormones and pesticides from waste water or from surface water (when producing drinking water).

According to De Grooth the layer of his polyelectrolyte multilayer (PEM) can be made extreme thin, compared to other methods to obtain a dense layer on a membrane. He expects it can even be up to an order of magnitude thinner than the well-known thin film composite (TFC) polyamide layers.

As the resistance of the water transport through a dense film is directly proportional to the thickness of that layer, PEM have the potential to lead to membranes with permeabilities that are an order of magnitude higher than that of the TFC membranes.

This work formed part of a major research platform established for the development of selective hollow fibre membranes and was jointly funded by the European Union through the LbLBRANE research project.