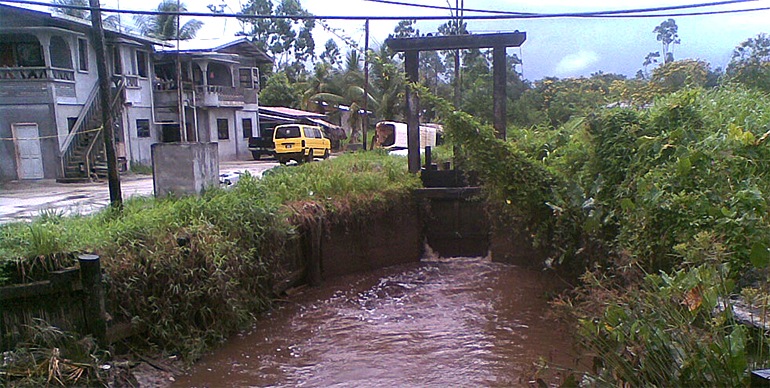 After days of analysing Guyana’s drainage system in and around Guyana's capital Georgetown, the Dutch Risk Reduction Team (DRR-Team) presented its initial recommendations for improvement of the system to minister David Patterson of public infrastructure. 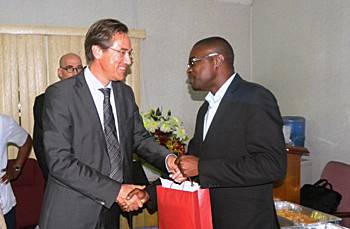 Heavy rains exceed drainage capacity
Heavy rains cause more flooding in Guayana, especially in the low-lying capital of Georgetown and its polders in the hinterland.

The most recent occurrence was in June when the drainage system could not handle the heavy rainfall - 106 mm in 24 hours - and many areas in and round the city flooded again.

Starting at the planning phase
According to the head of the DRR-Team, Rob Steijn, the poor drainage system in the capital city must be tackled from the planning stage right up to the enforcement of legislation.

Steijn emphasised the need for an integrated approach, both technically and management. “The drainage system will fail if you don’t manage it properly, leading to a slowdown of the economic development of your country”, he said in the presentation.

The DRR-Team visited several locations, spoke to dozen officials and made a flyover inspection. The observations were 'not bad at all', Steijn spoke soothing. "There were good things, and other things that need some improvement.” 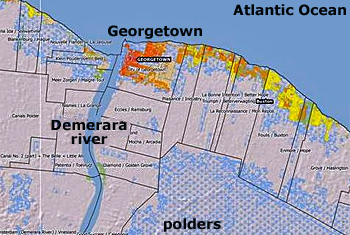 Seven recommendations
In total, the DRR-Team made seven recommendations, including an upgrade of the modelling and data management capability, increase flood resilience of people and businesses, upgrade dredging capabilities, development of long-term plans.

As a short-term solution, the team suggested to increase small-scale dredging.

The final report is expected to be submitted before the end of this year.

About DRR-Team
The Dutch government initiated the Dutch Risk Reduction Team in 2014 to meet the demand from other governments for advise on urgent water risks such as flooding.

At the invitation of a local government a DRR-Team visits a country and advises on how to resolve urgent water issues related to flood risks, water pollution and water supply, to prevent disasters or to rebuild after water related disasters.

Formal requests for the DRR-Team are handled through the local Dutch embassies.

This news item was originally published on the website of Guyana Government Information Agency (GINA).