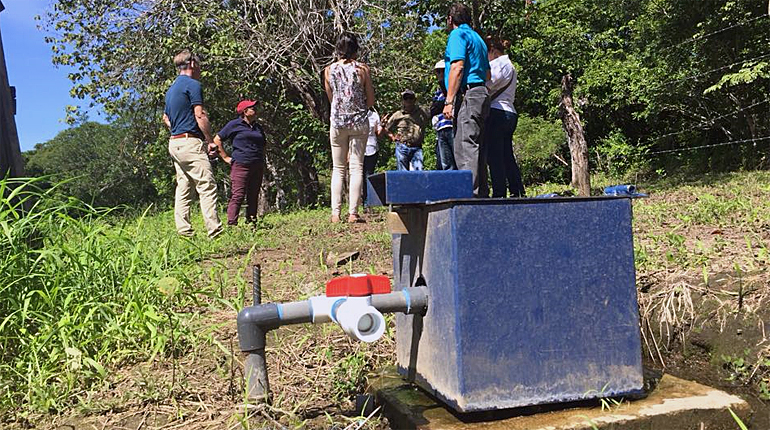 At the invitation of the Costa Rica government a Dutch risk reduction team (DRR-Team) visited the province of Guanacaste to assess the serious drought that affects the region. 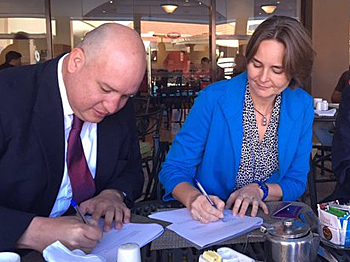 Extreme weather events related to El Nino
Last year the province of Guanacaste in the northwest of Costa Rica faced the worst drought in 50 years. The rainfall dropped 60 percent below average in August.

Costa Rica is suffering from two climate related disasters at the same time: flooding at the Atlantic Coast and drought in the central area and on the Pacific Coast due to the consequences of El Nino.

Both have the status of national emergency and are coordinated by the National Commission on risk prevention & emergency response (CNE) that falls directly under the Office of the President.

Field trip to meet farmers
The DDR-Team made a fieldtrip to meet several authorities, private sector, development banks and the national university.

They use the water to grow watermelon and beans. The farmers constructed reservoirs and already apply drip irrigation. 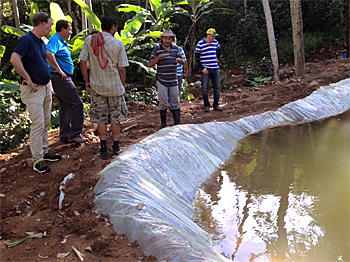 Proposed measures
During the mission some immediate measures were proposed, as well as midterm and long term measures were identified.

Immediate measures related to the increase of water availability, such as the construction legal wells. The other option is to decrease the water demand by using the water more efficient. One of the recommendations included the prioritization and minimization of certain water use.

CNE will evaluate these ideas and where possible include these initiatives in the emergency program that will be carried out over the coming five years.

A second mission will take place early next year and will focus on flood risk management.

About DRR-Team facility
The Dutch government initiated the Dutch Risk Reduction Team in 2014 to meet the demand from other governments for advise on urgent water risks such as flooding.

At the invitation of a local government a DRR-Team visits a country and advises on how to resolve urgent water issues related to flood risks, water pollution and water supply, to prevent disasters or to rebuild after water related disasters.

Formal requests for the DRR-team are handled through the local Dutch embassies.

This news item was originally published on the websites of CNE (in Spanish only) and the Dutch risk reduction team.