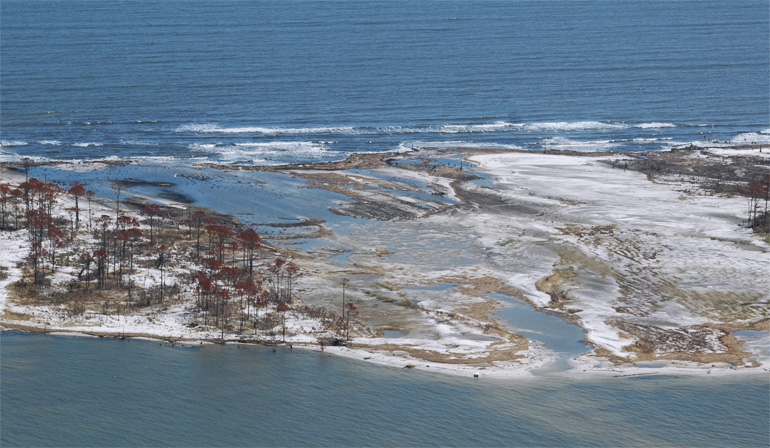 Consultancy Royal HaskoningDHV and knowledge institute Deltares have completed a study that will help to restore nature along the northern Gulf of Mexico and reduce effects of hurricanes on the Mississippi Mainland Coast.

The study, with a contract value of 1.5 million US dollars, was carried out over a period of two years.

The two Dutch organizations teamed up with US engineering firm CH2MHILL to conduct the study on behalf of the Army Corps of Engineers (USACE).

The restoration works are scheduled to start in June 2014. 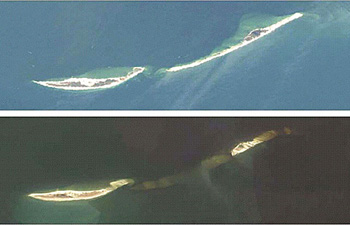 The study focused on restoring sediment to the most crucial areas of the Mississippi Coast in the Gulf of Mexico. Hurricanes Camille and Katrina breached Ship Island, an island located approximately 12 miles off the mainland coast of Mississippi, creating a gap of 5.5 kilometers, destroying valuable habitat, and increasing the risk to the mainland from hurricanes due to increased penetration of wave energy.

Large nourishment restoration project
The USACE intends to restore sediment to the barrier island system at Ship Island to help maintain and sustain the barrier island and Mississippi Sound ecosystems by nourishing fifteen million cubic meters of sand, a quantity similar to that used recently to create the ‘Sand Engine’ coastal protection project, an artificial peninsula along the Dutch coastline south of The Hague.

Sensitive ecosystem
The team examined the potential effects the restoration effort would have on sediment transport processes in the region, specifically the risk of sedimentation in downdrift navigation channels, the effect of construction related turbidity on nearby sea grass beds, and measures to optimize the reclamation works to ensure minimal losses.

Dirk-Jan Walstra, Deltares project manager: "The Barrier islands form a nature reserve with a highly sensitive ecosystem. Reclamation works are not allowed to adversely affect the surrounding environment by increasing turbidity in the sea grass areas for example." 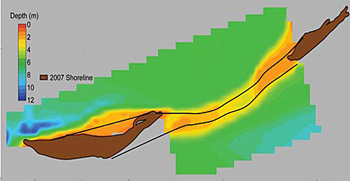 Hundreds of computer simulations were used to help better understand the system and to assess the effect of tides, waves, currents and hurricanes on the restoration project.

The team concluded that the impact of the restoration on the transport, flow patterns, and seagrasses around Ship Island is limited and that the restoration efforts would provide a more resilient island in the face of future hurricane events.

Where and how to nourish
The team also advised on execution aspects of the project. Marius Sokolewicz, Royal HaskoningDHV project manager: "As we identified in great detail the behavior of tides and currents, we can also indicate where and how the sand must be nourished.

One of the issues that particularly concerned the USACE was the strong currents that would occur between the two parts of the island in the final phase when the gap in the island was nearly closed. Thanks to the modeling we can now give the USACE a clear recommendation regarding that issue."

The project is one of the cornerstones of the U.S. Government’s Mississippi Coastal Improvements Program to provide a more resilient and sustainable coast.

This news item was originally published on the websites of RoyalHaskoningDHV and Deltares.