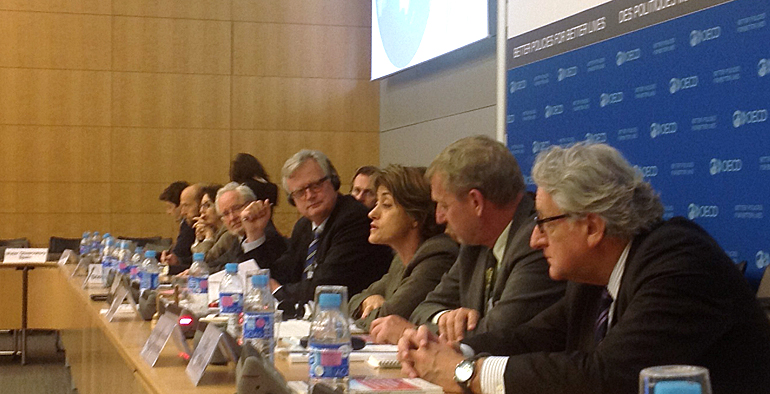 The OECD Water Governance Initiative had its second meeting in Paris on 7 and 8 November. The meeting was attended by some 100 representatives of various organisations from around the world.

On the agenda were a discussion of the principles for good water management and the work of working groups that are to support water governance through experience sharing, analytical work and peer-to-peer dialogue.

Chairman was Peter Glas (fourth from right), president of the Dutch association of regional water boards. 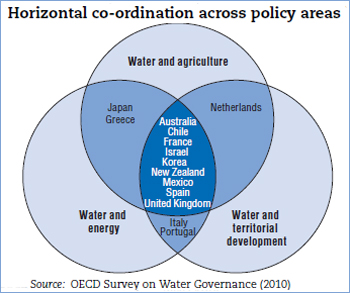 A Policy Forum meets every two years to advance on the global water governance agenda.

Six targets
The initiative has adopted six targets:
● by 2015: 50% countries will have mechanisms for stakeholders at local, regional, national and international levels to contribute to decision-making (100% by 2021)
● by 2015: 50% countries will have strengthened regulatory frameworks and adopted performance indicators (100% by 2018)
● by 2015: increase the number of countries with water security diagnoses and governance tools
● by 2018: 30 countries have implemented anti-corruption policies
● by 2018: 30 countries have transparent water budget processes
● by 2021: 30% increase of river basin management plans 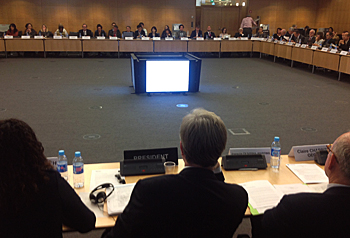 Ambitious task
For achieving these targets, four working groups have been formed on the themes: stakeholder engagement, performance and governance of water services, basin governance and integrity and transparency .

Study on Dutch water management
The representatives at this OECD-meeting also discussed the draft report on the sustainability of Dutch water management. Two fact-finding missions to the Netherlands and a stakeholder meeting took place earlier this year. The study is an evidence-based assessment on the performance of the Dutch water governance system and assess whether it is fit for the future.

Stakeholder consultation included representatives from the different Dutch ministries, from the different actors in the water chain, from provincial and municipal organizations, academics and research institutes and other interest groups.

Official release of the report on Dutch water governance is expected in March 2014.