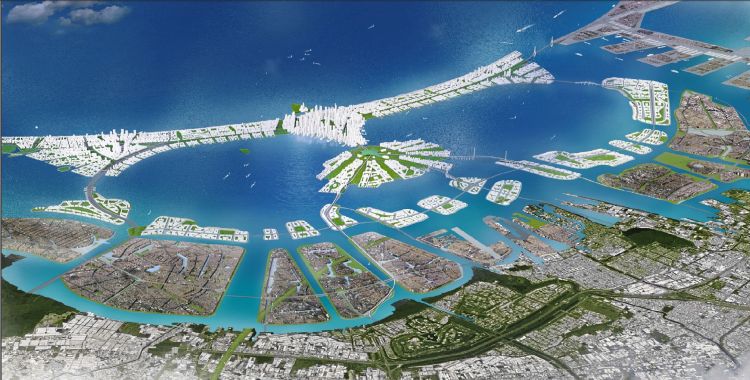 The Netherlands and Indonesia are working together on the implementation of water safety for Greater Jakarta. Knowledge and experience from the ongoing National Capital Integrated Coastal Development (NCICD) programme is being used for this.

This was announced by the Dutch water sector during a mission in Jakarta led by Prime Minister Rutte, Minister Ploumen (Foreign Trade and Development Cooperation) and State Secretary Dijksma (Economic Affairs) on 20 November.

Flood protection plan
Concrete protection plans are being developed and executed within this programme whereby safety and quality of life are being combined with economic opportunities for Jakarta. Innovations such as Building with Nature can contribute to the accelerated and sustainable introduction of water safety in this region.

According to Bertrand van Ee, chairman of the Core Team Export and Promotion of the Netherlands Top Sector Water, this is the moment for taking the collaboration with Jakarta to a higher level: "Greater Jakarta currently not only faces one of the biggest hydraulic engineering challenges in the world, but is also undergoing important economic and social changes. It is of national strategic importance that safe solutions are implemented for this region quickly. An integrated approach to the problems will lead to a new perspective for Jakarta and the whole of Indonesia."

Enclosing dam
At the initiative of and with close involvement from the Dutch government, Dutch and Indonesian experts are currently working together within the NCICD programme on plans which seek to strengthen the coastline, stop subsidence, create water supplies and improve both water quality and quality of life.

An ‘enclosing dam’ is also planned in the bay of Jakarta in order to protect the city in the long term as well. In order to be able to finance this project, it is being combined with large scale land reclamation.

To match the current structure of the coastline, the most appropriate shape for this dam appears to be a convex line, which has now been drawn on the initial plans in the form a large bird: the ‘Great Garuda’, the national symbol of Indonesia.

Revitalisation of the city
The ambitious plans will protect Jakarta from the water, combined with a revitalisation of the city and the reclamation of land for the development of a new urban centre with homes and offices. The plans also provide a crucial link road which will restore mobility to the city and also offers opportunities for the further development of North Jakarta. A pre-requisite, and the most urgent priority, is stopping groundwater extraction by constructing a water supply, strengthening the current coastal defences and improving the quality of the surface water.

Dutch-Indonesian cooperation
The Dutch and Indonesian water sector have been working together to protect Jakarta against flooding for over 40 years. This has intensified further in recent years. A major step has now been taken towards viewing the challenge not just from the perspective of water, but instead incorporating the opportunities for economic development and enhanced quality of life in an integrated approach.

The Dutch water sector can see many opportunities, and will intensify this collaboration over the coming years.

On the occasion of the Dutch water sector mission to Jakarta, led by Prime Minister Rutte, Minister Ploumen (Foreign Trade and Development Cooperation) and State Secretary Dijksma (Economic Affairs) a proposition book and film was presented. 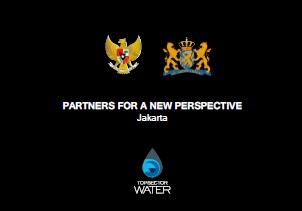