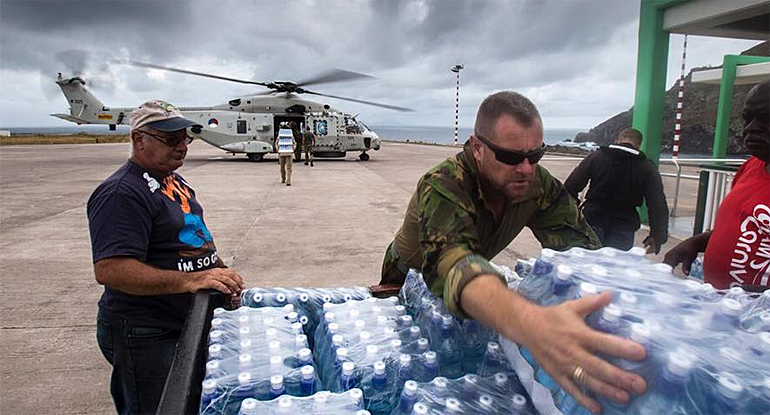 The island was hard-hit by hurricane Irma on 6 September and has been without regular water supply since then.

Saint Martin is a constituent country of France (north) and of the Kingdom of the Netherlands (south). 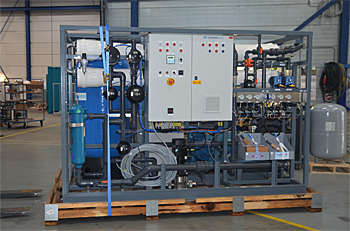 One of Hatenboer's three mobile RO-units, waiting to be airlifted to Saint Martin.

Two days
On request of the Dutch government to help with the reconstruction of the island, Dutch Water Partners and Hatenboer managed to deliver three mobile units to Eindhoven Airport (the Netherlands) within two days.

The third unit is a RO Proteus with a daily capacity of 70.000 liter.

Waiting for new hurricane
The aircraft flew via Curacao where it now waits for hurricane Maria to pass Saint Martin. The hurricane is expected to bring new havoc. Therefore, it had been decided to postpone the delivery as the new hurricane may pick up debris left from the previous hurricane and damage the desalination units.

Experts of DWP and Hatenboer Water have already arrived on the island to inspect the situation and look for the best places to locate the units.

In a addition to the RO-units, also mobile pumps, generators, hoses, prefabricated water storage tanks and even foldable jerry cans for the people to carry the water home, are on its way to Saint Martin. 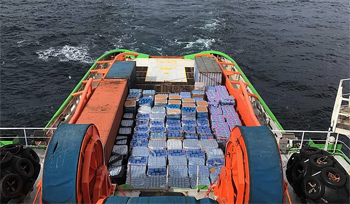 Even tug boat Fairmount Alpine of dredging company Boskalis was chartered. It brought 40 pallets of bottled water to Saint Martin, as well as two neighboroughing islands that are also party of the Kingdom of the Netherlands.

In the Netherlands the naval support vessel Karel Doorman is being loaded with equipment and materials for the reconstruction of Saint Martin.

The cargo includes 100.000 water bottles and is expected to arrive early October.