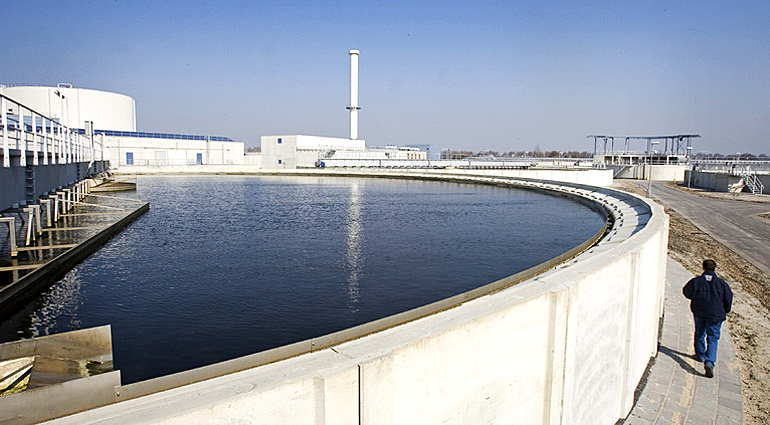 "In Egypt only 50 percent of the waste water from households is treated. We urgently need more wwtp-plants but this is only possible by engaging in public-private partnerships", said Egyptian water minister Abdel Kawy Khalifa when he visited the largest Dutch municipal waste water treatment plant Harnaschpolder.

Minister Khalifa visited the Netherlands to attend the meeting of the Egyptian-Dutch advisory panel on water management in Rotterdam on 13-14 June.

On the occasion Egyptian and Dutch water experts talked about joint water projects related to water supply, the use of brackish water for irrigation and coastal zone management.

DFBO-contract
Khalifa was especially interested in wwtp Harnaschpolder as this plant was designed, financed, built and operated (DFBO) by the consortium Delfluent. The plant was completed in 2007 and has a capacity of 31.800 m3/h.

Originally the plant was operated by a Dutch-French consortium but since the withdrawl of Veolia Water as a major stakeholder in December last year, the Dutch water supply company Evides Industriewater is now fully in charge of the operational activities. 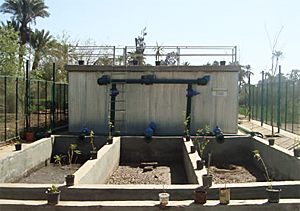 Egypt has plans for many new water treatment plants.

New waste water projects
The new Egyptian government is very serious to restart the long delayed projects for building the much needed large desalination plants and waste water treatment plants with private parties. Following the revolution in 2011 these projects came to a halt.

The new cabinet regained trust from the private parties by creating the new ministry Drinking Water and Sanitation Facilities, headed by Abdel Kawy Khalifa who has experiences with financing of desalination projects.

More crop per drop
During his visit to wwtp Harnaschpolder minister Khalifa also showed interest in the pilot with new water treatment technology to additional treat the effluent for re use. As series of different technologies have already been tested, currently an air flushed reversed osmose membrane is tested.

The additional treated effluent is used for irrigation in nearby greenhouses.

Khalifa explained that Egypt is very interested in such water reuse: "Our population is growing and we need to produce more food. The amount of fresh water from the Nile will remain the same. Therefore we have to look at the possibilities to reuse water for irrigation purposes."  Khalifa also visited the expansion project of the Rotterdam harbor, Maasvlakte 2.

During a meeting at the Dutch ministry of Infrastructure and Environment, minister Khalifa invited minister Melanie Schultz van Haegen to visit Egypt later this year. 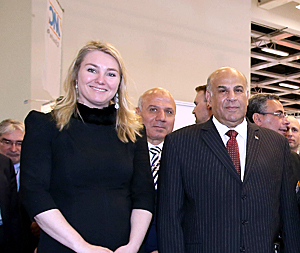 About Egyptian-Dutch advisory panel
The Advisory Panel for Water Management and Drainage (APP) was established in 1976, the oldest and first-known project under the Egyptian–Dutch Bilateral Cooperation Program. The construction of Aswan High Dam necessitated large scale drainage schemes in the Nile Valley and Delta. The experience of Dutch experts in land drainage is well-known allover the world and Egypt has been benefiting from this experience through the APP, which has been supported.

About Delfluent
The Delfluent consortium was established by four specialized companies to bid for a contract to design, build, finance and operate (DBFO) the new waste water treatment plant Harnaschpolder. In December 2003 the DBFO-contract was signed with the Delfland water board for a period of 30 years. The water board remains, as local public authority, ultimately responsible for the quality of the waste water.