EIP Water conference: Start-ups and innovation is a difficult mix in a fragmented water sector 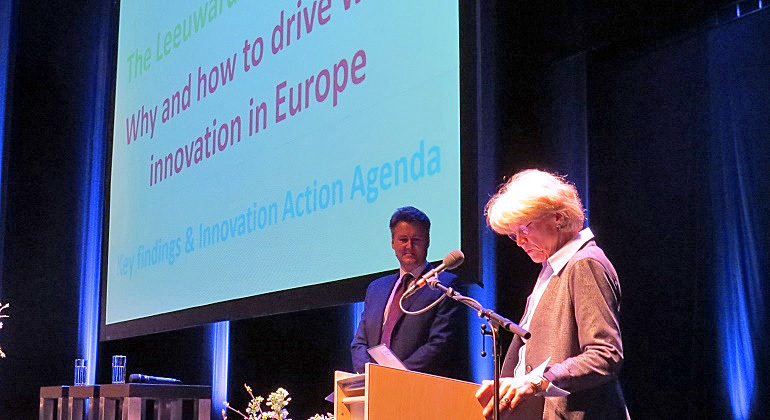 “It is difficult for water technology firms to go to the market. The market is very fragmented so the start-up model does not fit very well”, said Reinard Hübner of the German investment firm Skion. “It is not about the fancy idea to be successful with a good idea and build a company of your own. It is about with who you partner”.

Hübner as an investor was asked to give his view on the water market during the EIP Water 2016 conference that was held at the WaterCampus Leeuwarden on 11 February. 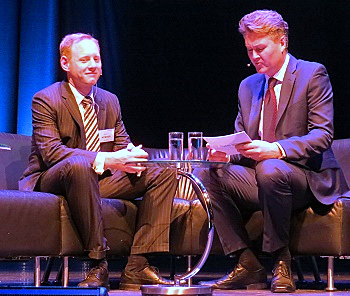 Reinard Hübner of Skion (left) being asked about the investor's view on the water market.

Fragmented market
Although water is worldwide acknowledged to be a major risk factor to the industry, it still is difficult for a start up to launch a new water technology. The main reason according to Reinard Hübner is the fact that the water sector is very fragmented.

“Water is very much a local issue. The governments are different everywhere and water is often underfunded when there is no willingness to pay the fair price of water. Sometimes the costs of the sales support are simply too high”.

Hübner adviced the start-ups to make better calculations of their costs and compare it to the exsisting technologies. “If it is the same, than stop it.”

Still there are good opportunities, Hübner said and he specifically mentioned the new technologies that combine energy and sludge treatment. Also resource recovery looks promising but the challenge is to sell the secondary materials for the right price. 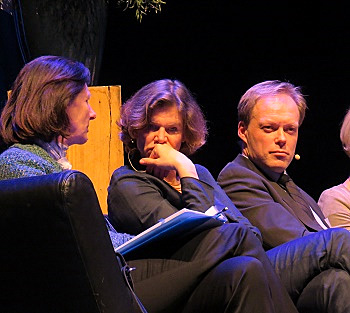 Green infrastructure
Over 700 attendees from all over Europe gathered at the conference to discuss the issue of water innovation in Europe.

At the end Marianne Wenning (on top photo) of Directorate General for the environment of the European Commission, summarised the findings of the conference.

She emphasised the need for more green infrastructure in the densely populated regions of Europe. She expects that the nature-based solution, as being explored in one of the action groups of the EIP Water, can play an important role.

Wenning also mentioned the importance of the Sustainable development goals that have been adopted by the United Nations last year. The goals are highly relevant for the European Union that is now translating the goals into action.

Pavel Misiga, head of the EU’s water unit at DG Environment, was pleased with outcomes of the conference. He mentioned the importance of new technologies to enable member states to reach a good ecological status for their surface water. “Innovation can help member states to meet the objectives of the Water Framework Directive”, Misiga said.

European power house
One of the hosts of the conference, director professor Cees Buisman of the research institute on water technology Wetsus, was pleased to notice the growing interest for the demand side. “It is always possible to spend more money on research and innovation, but it gets more meaning when companies are involved to give the research a direction”.