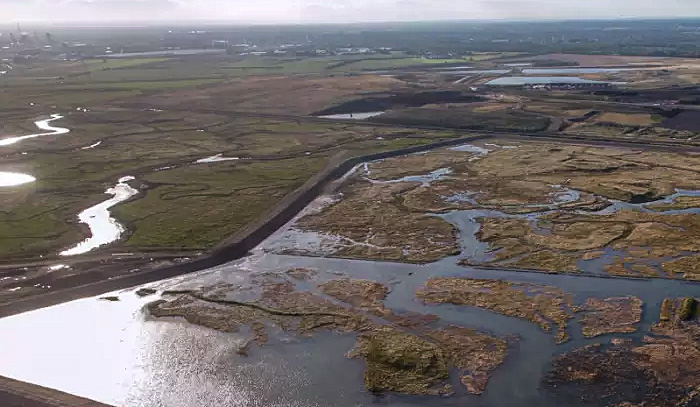 The Environment Agency has completed a vital new Teesside flood scheme which benefits local residents and businesses and provides a significant boost to local wildlife.

The 16 million pound flood scheme results in the protection of 350 homes and 32 businesses at the mouth of the river, near the North Sea. The old levee has been breached and a new levee has been build further back.

This allows the new area to fill up with sea water, creating more than 36 hectares of new inter-tidal habitat.

Contractor BMMJV, a joint venture by BAM Nuttall and Mott MacDonald, carried out the work on behalf of the Environment Agency. 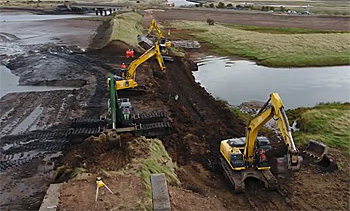 One of the final works was the construction of a breach in the old levee at Greatham Creek.

Involvement by industry and conservation groups
The Environment Agency joined forces with local industry to build the scheme with multinational company SABIC UK contributing some of the funding and INOVYN ChlorVinyls offering land to allow the creation of the new habitat.

Throughout the project the Environment Agency has worked closely with the RSPB and Natural England to create a scheme which maximises benefits for the internationally designated habitat which includes rare birds as well as seals.

The new habitats also feature both a brand new bird hide and seal hide to give nature-lovers a close-up view of these stunning local species.

Multiple benefits
Sir James Bevan, Chief Executive of the Environment Agency, said: "Floods destroy lives and livelihoods. This project is a perfect example of how flood schemes can benefit everyone: communities, businesses and wildlife."

"We have worked closely with our partners", Bevan continued, "to design a scheme which will provide better flood protection for years to come whilst also helping bird and seal populations to thrive."

Chris Francis, Senior Site Manager at RSPB Saltholme, said: "Over the years much of the valuable natural habitat of Tees Estuary has been lost to industry and agriculture. The breaching of the old flood defence means that a large area will be reconnected to the estuary and will eventually return to its natural saltmarsh".

This news item was originally published on the website of BAM International and UK Government.